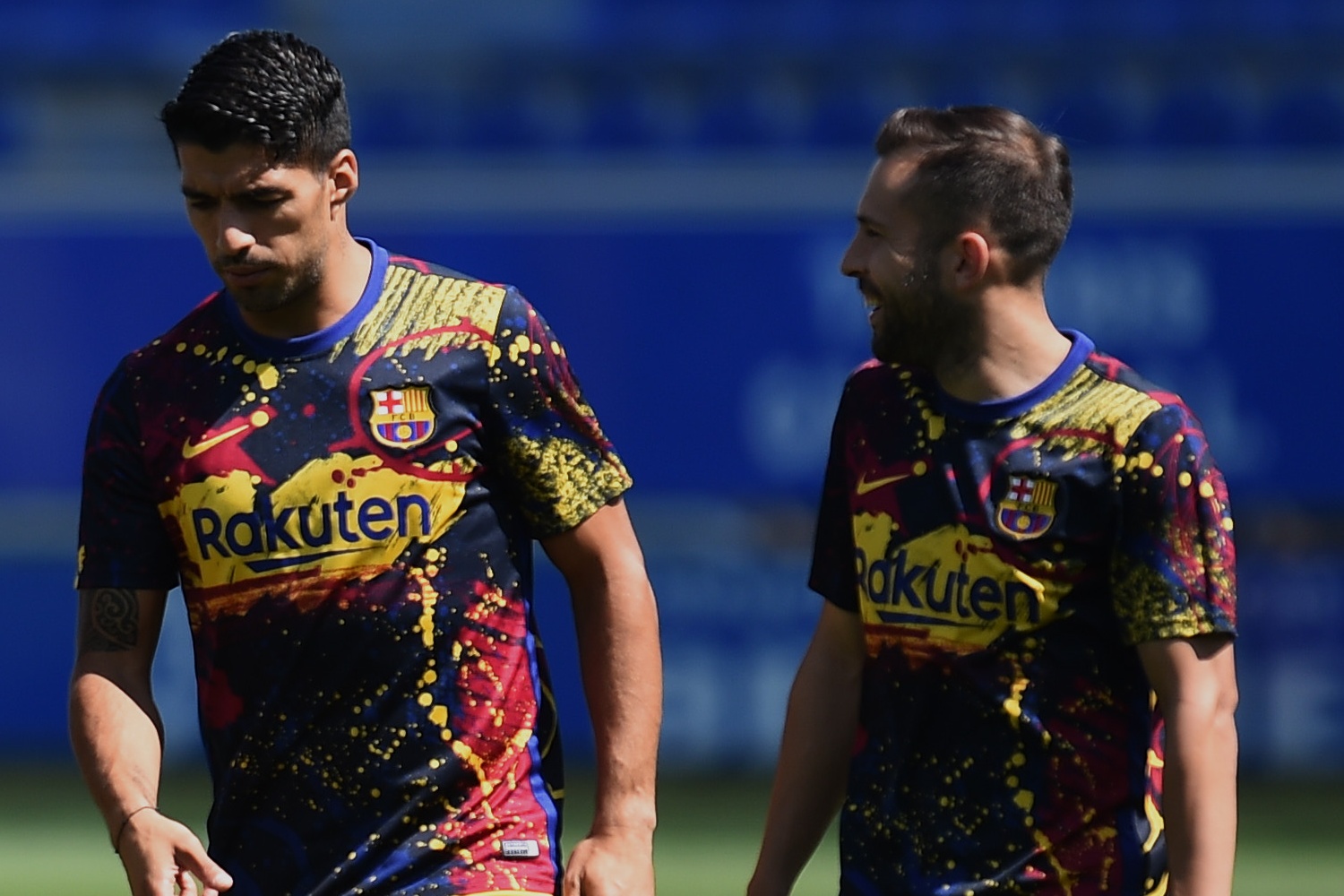 Jordi Alba has hit out at Barcelona for allowing Luis Suarez to essentially leave the club for nothing and join Atletico Madrid.

Back in August 2020, Ronald Koeman reaffirmed that there was no place for Suarez within the Barca squad with the Uruguayan forward promptly leaving soon thereafter.

Then, one month later, he shot across the country and joined Atletico Madrid – going on to win a LaLiga title with the club just a few weeks ago.

“Where are you going to find a striker like him?”

The manner of his exit certainly rubbed a lot of people the wrong way and in a recent interview, Barcelona defender Jordi Alba added his name to that list.

“It was a joke,” Barca defender Alba told Cadena Ser. “He is someone who gave a lot to Barcelona and they practically gave him away for nothing, above all to a direct rival in Atletico.

“And look, they went on to win the league with him. I didn’t like it. Aside from the friendship we have, where are you going to find a striker like him? It is difficult to find one. Yes, there are some very good players, but what Luis gave us [was special].

“He won the league and shut a lot of mouths,” Alba added.

“His last year wasn’t easy at Barca and he has had the chance to shut some people up.

“I can tell you that the atmosphere [at Barca] with Luis was spectacular. He is a guy that works hard, that was great for the group and the numbers speak for themselves: [he is] the third highest goal scorer in Barca’s history.”

The 34-year-old looks set to continue his journey with Atletico in the wake of their remarkable league success. For now, though, his attention will shift to the 2021 Copa America tournament with Uruguay’s first game taking place on June 18 against Argentina.