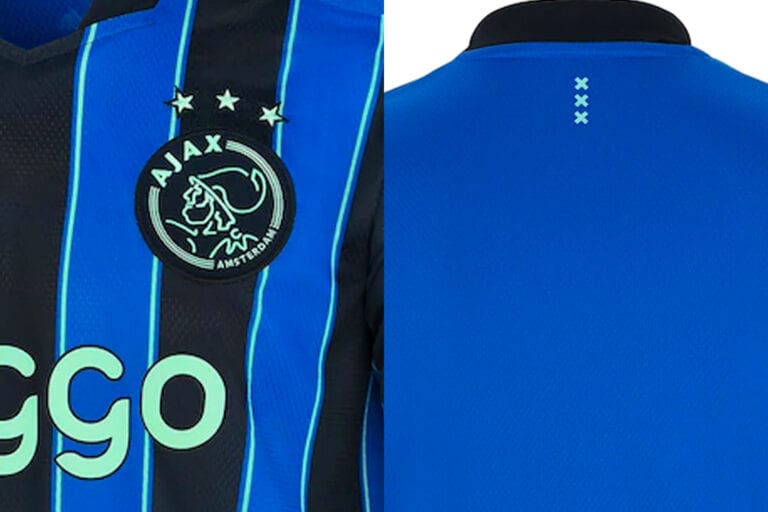 The Dutch giants caught us all a little off-guard over the weekend, debuting a brand new away top that appeared with very little fanfare over its release.

It got its first outing in the side’s 3-0 win over Feyenoord, which coincidently was Ajax’s first match back since being crowned champions of Eredivisie. The new strip will be used by the club throughout the 21/22 season .

Stripes have been a regular feature when it comes to the Dutch side’s away shirts in recent times and this drop essentially says if it ain’t broke, don’t try and fix it.

Predominantly featuring two tones of blue, there’s also an eye-catching mint green used for the shirt’s accents that has been applied to the Ziggo sponsor across the front, making it far less overbearing as most shirt sponsors tend to be. A lovely touch if you ask us.

Of course, the three Andreas crosses of Amsterdam are present on the back of the shirt in that same mint green, keeping the colour scheme nice and tight.

Ajax’s new away shirt is available to preorder over on Kitbag now.