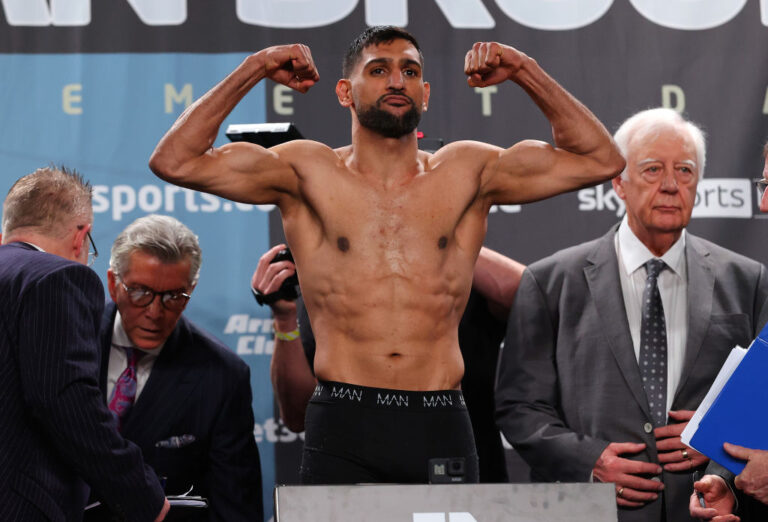 Amir Khan announced his retirement from boxing in May, and after a successful career, it is no surprise that he has accumulated a high net worth.

The 35-year-old fought some of his generation’s best boxers during his career, holding the welterweight title for two years.

After suffering a defeat to fellow English boxer Kell Brook in February, Khan has decided to hang up his gloves for good.

“It’s time to hang up my gloves. I feel blessed to have had such an amazing career that has spanned over 27 years. I want to say a heartfelt thanks and to the incredible teams I have worked with and to my family, friends and fans for the love and support they have shown me.”

Khan first made his mark on the Olympic scene. Aged just 17, Khan went to the 2004 Olympic Games in Athens as Great Britain’s only boxer. He shocked the world.

The 17-year-old came home with a silver medal, only being defeated by Cuban boxer Mario Kindelan. Other British boxers have followed similar paths into the profession, with two-time former unified world heavyweight champion Anthony Joshua a notable example.

After the Olympics, Khan embarked on a successful professional boxing career.

Khan’s best days were more than a decade ago, when he held the world junior welterweight title. Khan held the title from 2009 to 2011. He defended it successfully on five occasions.

In addition to being a world champion, Khan held the WBC Silver welterweight title from 2014 to 2016. His boxing record is 40 fights, 34 wins and only six losses.

Khan held a desire to fight Floyd Mayweather Jr throughout his career, but he was never afforded that opportunity. He has, however, fought well-known boxers Canelo Alvarez and Marcos Maidana over the years.

He is now the owner of the Amir Khan Academy. The Academy provides boxing lessons to young people of all ages in Bolton, Peterborough and Islamabad, which is the capital of Pakistan.

According to Celebrity Net Worth, Amir Khan currently has a net worth of $40 million.

Most of Khan’s wealth is said to come from the pay-per-view sales of his fights. He is one of the highest-paid British boxers in history.

The former welterweight champion is now a boxing promoter. In addition, he is also a brand ambassador for a private equity firm.

However, most of Khan’s worth has come from his exploits in the ring, rather than out of it. Allegedly, Khan earned $13 million by fighting Saul Alvarez in May 2016.

It is no secret that boxers command hefty fees for their fights. Khan’s bout with Kell Brook was no exception.

In February, Manchester Evening News reported that Khan pocketed the ‘lion’s share’ of the money generated from his fight with Brook. He made £5 million from that fight, whereas Brook reportedly made £3 million.

Brook won the fight, so he will also have received a welcome bonus to his earnings.

What charity work does Amir Khan do?

The Amir Khan Foundation is a charitable organisation set up to help people around the world who live in food poverty. It is partnered with Fareshare.

Established in 2014, the global organisation helps millions of people every year. More recently, they have been aiding sufferers in Ukraine.

In 2020, Khan helped those suffering during the COVID-19 pandemic. In May 2020, Khan provided 12,000 food bags for families hit by the pandemic in Pakistan.

He also donated his four-storey mansion to the NHS to shelter COVID patients.

Jake Paul gets rinsed for his boxing technique during streamed session

Jake Paul retires from boxing – and promptly comes out of retirement