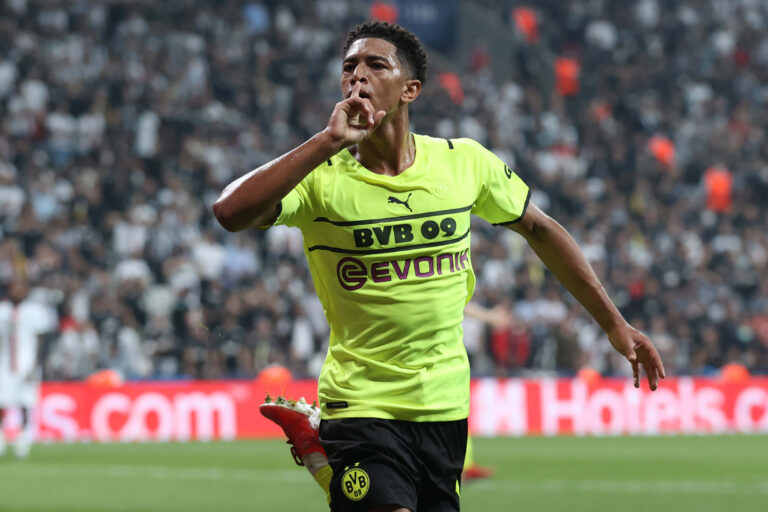 Borussia Dortmund midfielder Jude Bellingham enhanced his growing reputation earlier this week as he scored in his side’s 2-1 Champions League victory over Besiktas.

It has been incredible rise for the 18-year-old, who signed for the Bundesliga giants at the beginning of last summer for a fee worth an initial £25 million.

Bellingham made his senior debut for Championship side Birmingham in August 2019. He became the club’s youngest ever goalscorer at 16 years and 63 days, and featured mainly in a left wing role in the early months of the season.

Eventually, the midfielder dropped back into a central role, which is where he has shone with Dortmund.

He made his England debut last year, and was named in Gareth Southgate‘s 25-man squad for Euro 2020. Bellingham would feature off the bench in England’s victories over Croatia, Czech Republic and Ukraine during the tournament.

Could Bellingham’s future have been elsewhere?

As is the case with players of Bellingham’s talents, there’s always stories out there about what could have been.

In the 18-year-old’s case, he was close to joining Arsenal in the summer of 2019 – but the move broke down after the appointment of Edu as the club’s technical director.

That’s according to Arsenal legend Tony Adams, who told Sky Sports last year: “I think it got lost, this one, in the transition of the chief scout at Arsenal going out.

“He was spotted very early on, not by me, by the Arsenal recruitment office. The chief scout was absolutely bowled over by him and the great prospect that he is.

“He had more or less done the deal but at that moment the new sporting director Edu came in from Brazil and had no European experience and no UK experience.

“And I think it got lost in the transition, Edu didn’t know anything about this player.

“Unfortunately, the chief scout had the deal kind of done. We missed that one, unfortunately. They are the type of players we need to get hold of at the Arsenal if we’re ever going to develop and go forward.”

Arsenal have made attempts to strengthen the midfield area under Mikel Arteta this summer, with Albert Sambi Lokonga arriving from Anderlecht.

Martin Odegaard also joined the club from Real Madrid. Bellingham, however, appears to be one that got away.