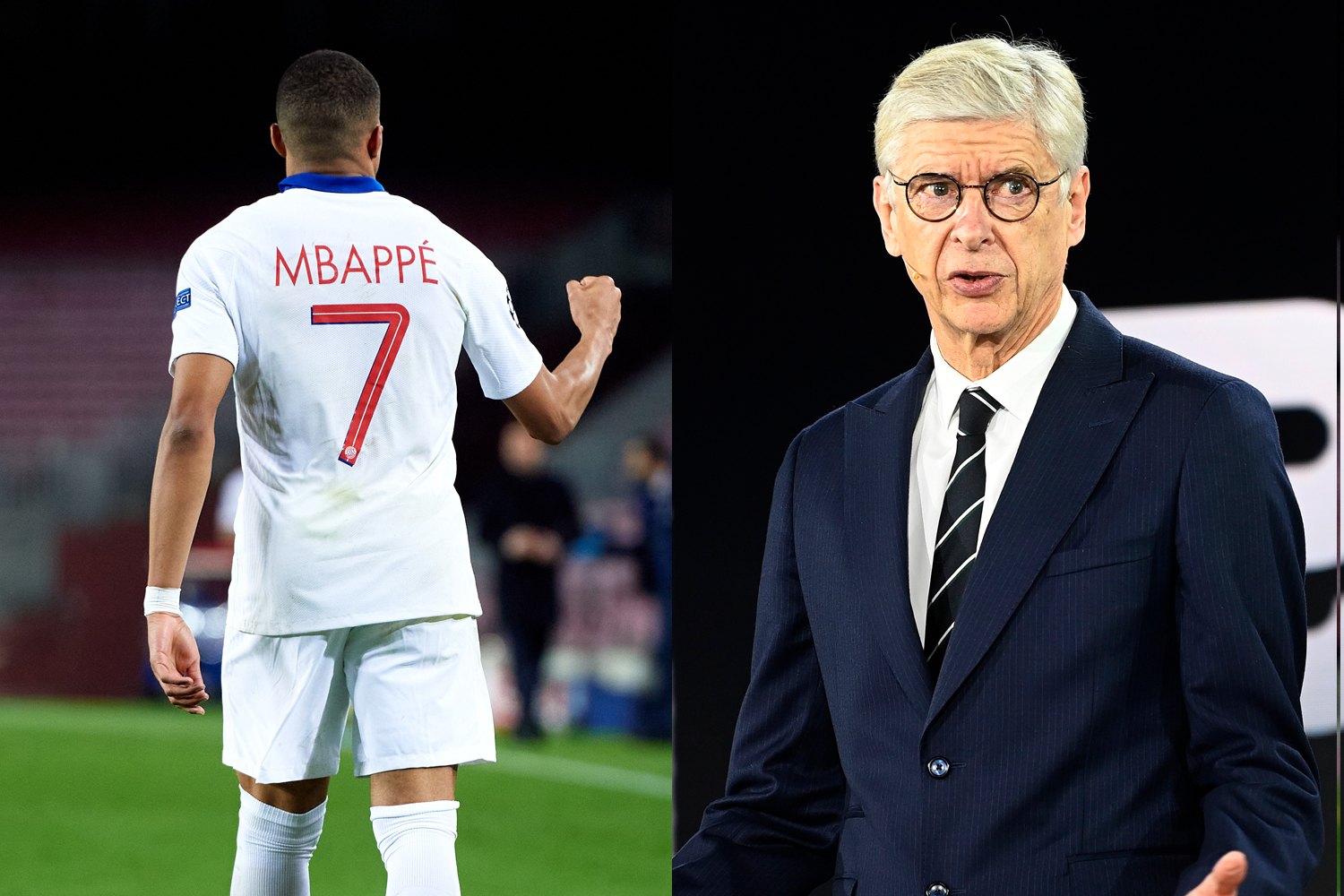 Arsene Wenger has spoken about conversations he held with Kylian Mbappé during his time as Arsenal boss.

Mbappé continued his rise to the peak of the footballing world on Tuesday night, with a breathtaking hat-trick against Barcelona.

The 22-year-old played a starring role in his side’s 4-1 dismantling of an increasingly vulnerable Barca side, a performance that felt like a momentous occasion in the young forward’s journey.

His showing sparked Wenger into reminiscing on a time where Arsenal may have secured the services of the Frenchman, revealing that he had actually visited Mbappé’s home to discuss a potential move.

The morning after the night before… ☕️

“We can talk about Mbappe, I was at his home when he was undecided whether to extend his contract with Monaco,” Wenger told beIN Sports.

“He could have come to Arsenal for free. I would say every club is full of histories like that.

“You go to Milan, to Manchester, Arsenal, Chelsea there are these kind of stories everywhere.”

It’s not the only big talent that Wenger had tried to tempt into joining the Gunners. The 71-year-old has previously spoken about his efforts to bring both Cristiano Ronaldo and Lionel Messi to the London side.

“He [Ronaldo] was very close to joining us,” Wenger added. ” The bad luck for us was that Carlos Queiroz joined Man Utd [as assistant manager] and in a week he persuaded [Sir Alex] Ferguson to buy Ronaldo. He was quite a good buy at the time.

“We wanted to make the trio of Messi, Cesc Fabregas and Gerard Pique. They are a 1987 generation who played all together. Pique played in midfield at the time and in the end he decided to go to Man Utd, Fabregas joined us and Barcelona were clever enough to keep Messi.”

How different things could have been eh?