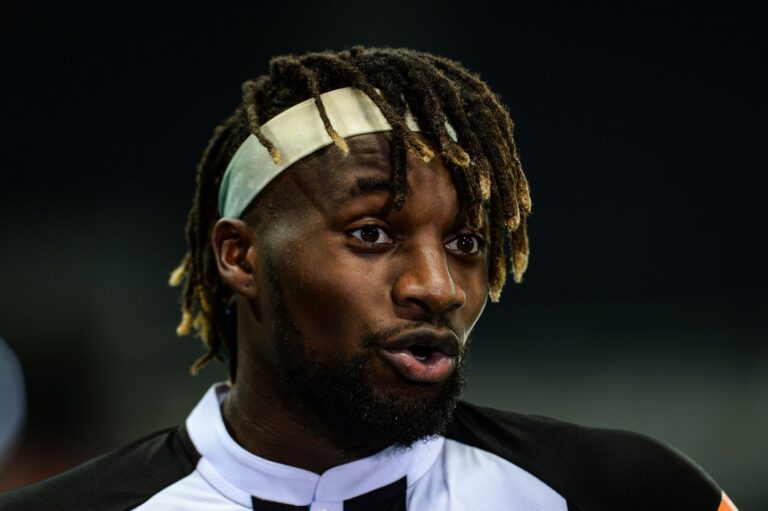 Bruce was the subject of a hilarious custom card created by EA on their social media pages last week, which gave him 99 pace.

Alongside the Newcastle bench, Bruce charged onto the pitch – with the 60-year-old travelling at a faster speed than anybody else.

One thing led to another, and now over six million people have watched the video altogether.

EA capitalised on the viral footage on Friday, giving Bruce a 68-rated customised manager card. Of course, the card itself is purely for show and is not available in game, but it has certainly provided a few laughs.

One person that wasn’t completely impressed with the card, however, was Magpies winger Saint-Maximin.

The Frenchman, who has developed a reputation as one of the Premier League’s fastest players, saw his pace rating drop from 93 to 91 for FIFA 22.

Writing on Twitter, he asked EA why they had awarded his manager – 34 years his senior – a higher pace rating.

Prior to the above tweet being sent, Saint-Maximin had already reacted to his new FIFA rating.

The Frenchman was downgraded from 80 overall to 79, despite having a major impact on Newcastle’s Premier League survival last season.

FIFA 22 will be released on October 1 on current and new-gen consoles, as well as on PC and Nintendo Switch.