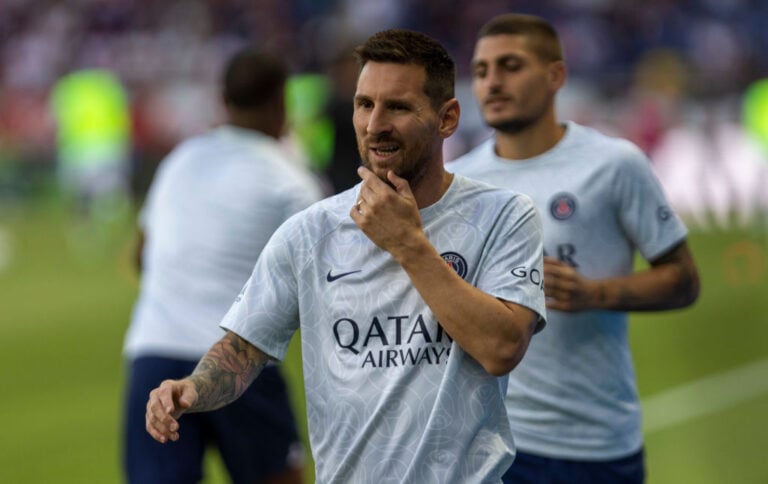 The organisers of the prestigious Ballon d’Or award have given further reasoning as to why they left Lionel Messi off the 30-man shortlist.

Messi’s exclusion from the list of nominees surprised many in the footballing world. As a result, the Argentinian is not in the running for the Ballon d’Or for the first time since 2005.

France Football’s 30-player shortlist for the men’s award has a clear Champions League influence. Real Madrid have five members on the shortlist, including the front runner for the award, Karim Benzema.

But there was still no room for Messi, despite his status as one of the all-time greats.

Lionel Messi has the most Ballon d’Or awards in history, with seven to his name. Additionally, he has featured on the award’s shortlist for fifteen years running – since 2006. Sadly, Messi’s underwhelming campaign last season has ended his remarkable streak.

After moving to Paris Saint-Germain in the summer of 2021, Lionel Messi did not enjoy the most fluid adjustment to a new team. Therefore, the winger had one of his worst ever seasons statistically.

He finished 2021/22 with just six league goals – his worst return since the 2005/06 season at Barcelona. However, Messi did register 14 assists to go alongside it, taking his contributions to a modest 20 in 26 appearances. By all means, these are decent numbers – unless you are Lionel Messi.

His first season in France resulted in another piece of silverware, though, as PSG cruised to the Ligue 1 title.

In the summer before this, the Argentine finally got his first international title. Argentina ended their 28-year trophy drought in 2021, winning the Copa America. Messi also won player of the tournament thanks to his outstanding performances throughout the competition.

Further international success followed with the Finalissima trophy, as Argentina beat European champions Italy 3-0 in June 2022. In a vintage display, Messi took home the player of the match award as well as his winner’s medal.

Despite all the silverware, Lionel Messi is still not on the Ballon d’Or shortlist. In a Q&A with L’Equipe, France Football defended its decision.

Firstly, he conceded that it is difficult to leave out Messi, as his illustrious career has earned him a reputation.

“Inevitably, Lionel Messi, with his 15 appearances in a row since 2006, his seven Ballon d’Or victories, and title holder status, weighs very heavily when it comes to the final choice.”

However, the award’s “new criteria” meant that the Argentinian’s previous success was irrelevant.

“[He] was part of the discussions to integrate the 30. But the new criteria of the award were unfavourable to him,” said Bojan, via L’Equipe. “The disappearance of the criterion of a player’s career, and new periodicity, modelled on a season of football and no longer a calendar year.”

Because of the new rules, the 2022 Ballon d’Or is judged off of 2021/22, not the year 2021. Therefore, Messi’s July 2021 Copa America triumph does not matter. Also, his past achievements no longer factor into the selection process – further counting against Leo Messi.

Bojan then explained that Messi’s below-par season in Ligue 1 did not help his case.

“His first season in Paris was very disappointing, both in terms of the visual impression and the statistics.”

Messi will no longer need to attend the 2022 ceremony, which takes place on October 17. With a World Cup and fresh club campaign on the horizon, the maestro has plenty of time to make sure he makes the 2023 nominee list.