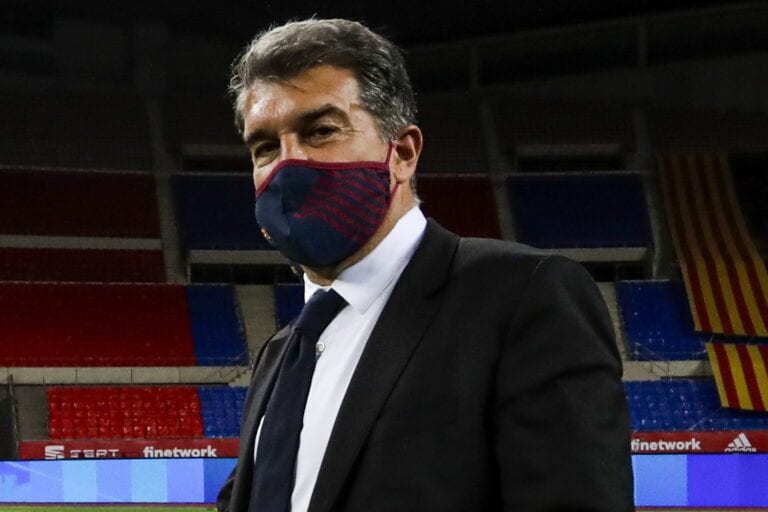 Barcelona president Joan Laporta still insists that the European Super League is “a necessity” despite the project’s plans falling apart in recent days.

Laporta was one of the individuals involved in getting the ESL off the ground when it was first announced that the 12 founding clubs intended to move forward with the idea. However, after all six English clubs dropped out, a handful of others soon followed to leave just Real Madrid, Juventus and Barcelona still committed to the league.

During an interview with TV3, Laporta was defiant in his beliefs for the future of the ESL.

“We had a position and we still have one and we will explain,” he said. “The position is one of caution but it [Super League] is a necessity. On the other hand as it should be, our members will have the last word on it.

“It’s absolutely necessary that the big clubs, given that we generate a lot of revenue, we want to have the capacity to have our say on the sharing process. And also, we believe that it’s important that this is accompanied by an attractive competition based on sporting merit.

“We are the defenders of maintaining local leagues and therefore, we are always open to dialogue with UEFA. That is the premise. Everyone wants to make football better and have the necessary resources to make it a great spectacle.

“Because if the big clubs don’t have these resources, football will be damaged. There will be institutional harmony and a willingness to think about all this.

“There was a series of pressure which made some clubs pull out or value it in a different way, but the fact is that the proposal still exists but more resources are needed given that we have important investment. We paid important salaries and if we want football to be a spectacle through sporting merits, whoever wants this level of quality to be maintained must take into account what we are proposing.”