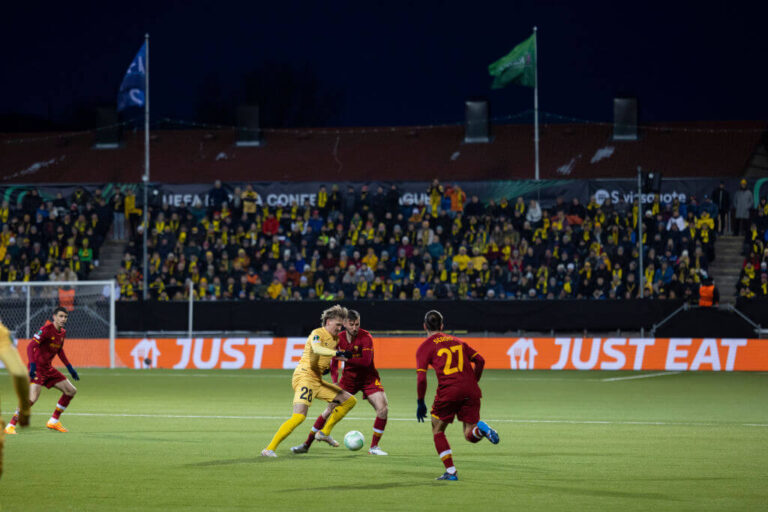 Police have launched an investigation after Norwegian side Bodo/Glimt alleged that their manager was the subject of an “attack” by a member of Roma’s support staff following their Europa Conference League game.

After an embarrassing 6-1 loss to the Norwegian side in the group stage, Jose Mourinho‘s men had a point to prove going into their quarter-final match-up. But despite a beautifully struck opener from Lorenzo Pellegrini, they completely fell apart. The underdogs pressed hard as they looked for the equaliser—and eventually, they found it.

A powerfully-hit strike deflected off Ulrik Saltness and left Rui Patricio in no man’s land. He managed to get a hand to it, but he’ll be highly disappointed not to have kept that one out. Bodo/Glimt continued to dominate possession, but a draw looked written in the stars despite their efforts to find the winner.

However, with just a minute to go, Hugo Vetlesen fired home an absolute bullet of a header to put the game to bed and send his fans into raptures. But as disappointing as the result was for the Italians, the main talking point came from the post-match events.

Bodo/Glimt and Roma allegedly ends in a violent fashion

He claimed: “Something truly unpleasant just happened. Their coach just attacked our goalkeeping trainer. First, he said a few things to him, then physically attacked him. It’s really sad, because behaviour like this is an insult to Roma, to the players and the staff. It is shameful.”

However, the Norwegian side completely denies the midfielder’s version of events and have released a statement on their official website.

They allege: “Rome is bombarding the media with untruths, in an attempt to hide the unsportsmanlike behaviour. Glimt knows that there is a video of the incident, which shows the attack on Knutsen from representatives of Rome’s support apparatus. The club has seen this video. We demand that the public have access to this video owned by UEFA.”

Knutsen recounted the violent events which he alleges happened.

He claims: “Everything culminated in a physical attack on me in the player tunnel. Usually, I’m so by nature that I would withdraw. In this case, I was physically attacked. He grabbed me by the neck and pushed me into the wall. It is only natural that I then had to defend myself.”

The club has decided to hand the matter over to the police, who will look to get to the bottom of the true version of events.