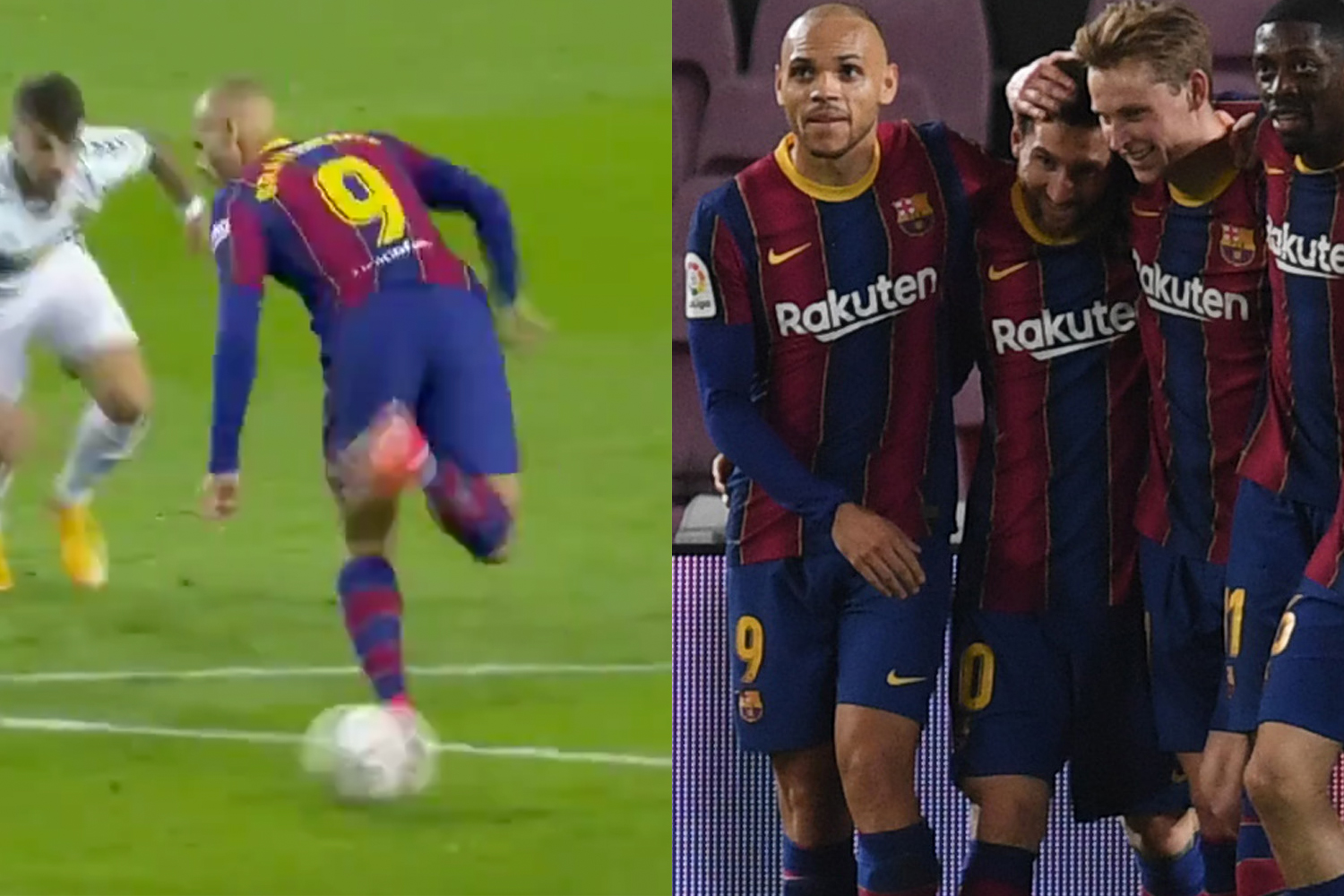 Martin Braithwaite may not have been the glamorous superstar we’re so used to seeing Barcelona sign, but those overlooking his abilities may need to hold their horses.

The forward made his way over to the Nou Camp last year in a somewhat surprising switch from Leganes.

We’re all aware of the current issues facing Ronald Koeman and the Spanish giants as they continue their rebuilding phase through a difficult season. That being said, last night Barca showed glimpses of the free-flowing football that made so many fall in love with them.

That, was liquid football

With Messi carrying the ball forward, he found Braithwaite stationed on the edge of the box with his back to goal.

With wonderful nonchalance, the forward flicked the ball back to Messi in extravagant style, before the Argentine finished off a sublime piece of play.

Messi with a great run and he applies the finish! ?

The goal broke the deadlock on the night with Barca going on to register a fairly comfortable 3-0 win. Messi also grabbed the second before Jordi Alba put the cherry on top in the 73rd minute.

Messi at the double! ?

A glorious goal from Barcelona as Frenkie De Jong bursts through and assists the legendary No. 10 ? pic.twitter.com/rFUOveW7T9

Barcelona are now in third place in the LaLiga table, five points behind Atletico Madrid. Given the tricky start Koeman endured in his tenure with the Catalan club, they’ve done well to make the gap much more manageable.

At one stage it seemed Atletico were on-course to run away with the league, however their recent hiccups have allowed the chasing pack a potential route back in.

Suarez tears into Koeman and Barcelona in new interview

“A joke” – Alba speaks out against Barca over Suarez treatment

Suarez tears into Koeman and Barcelona in new interview

“A joke” – Alba speaks out against Barca over Suarez treatment