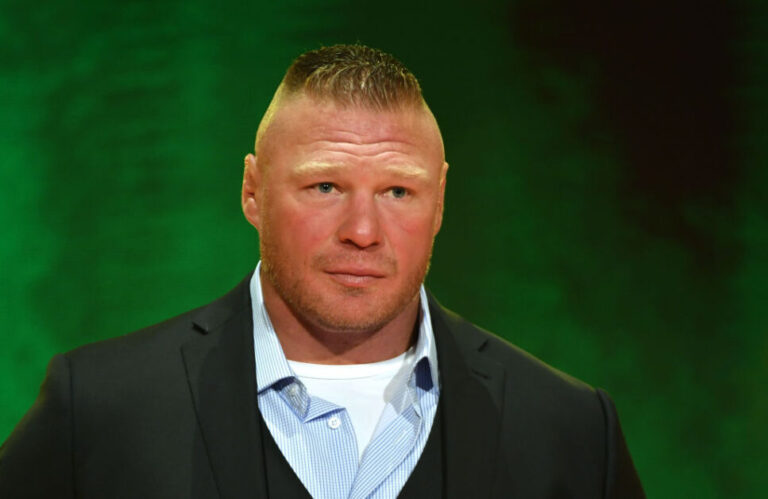 Brock Lesnar has generated an incredible net worth throughout his career. But the legend has earned every single penny with his astonishing performances.

The ‘Beast Incarnate’ has provided fans with many spell-binding moments. His rise to stardom was always likely. His natural power and performances, combined with his terrifying aura, gave the WWE the perfect ingredients to create an icon.

At SummerSlam 2002, following an incredibly hard-fought battle with The Rock, Lesnar landed his signature F5 to make history. He became the youngest world champion the company has ever had, a record that he still holds today.

The American picked up two further world titles, winning both against Kurt Angle before leaving the promotion in 2004. He carried on wrestling in Japan. However, after a while, he couldn’t resist his interest in other sports any longer.

He had just one fight at Dynamite USA before the UFC made him an offer he couldn’t refuse. Remarkably, he fought for the world title in his first-ever bout in the promotion.

He started strongly against Frank Mir, but his lack of experience ultimately decided his fate. The reigning champion survived Lesnar’s onslaught of ground and pound before securing a kneebar, forcing his far bigger opponent to submit.

However, it wouldn’t take Lesnar long to develop his skills. By the end of his second year as a professional fighter, the ‘Beast Incarnate’ had become an incredible martial artist. His mesmerising blend of size and explosivity made him a wrecking ball that his fellow athletes simply couldn’t escape.

In his fourth contest, he defeated Randy Couture to win the world championship. Who better to fight in his first defence than the man who had handed him his only loss?

On this occasion, Mir couldn’t survive the storm. Lesnar’s freakish physical abilities were simply too much for him to handle. The former WWE Superstar had proved the doubters wrong. He was a real fighter.

Brock Lesnar had become the biggest star in the sport, and his net worth was growing because of it.

The 6ft3 powerhouse defended his belt once more against Shane Carwin, but then things began to fall apart. He was shockingly dismantled by Cain Velasquez and lost his world title and his terrifying aura in the process.

Lesnar attempted to make a comeback against Alistair Overeem, but he was again defeated decisively. The Dutch kickboxer nailed him with a glorious kick to the body, which the 285-pound monster couldn’t recover from.

He spent five years away from the sport before making a massive comeback for UFC 200 in 2016. Lesnar used his fantastic wrestling to dominate New Zealand striker Mark Hunt. But this victory was ultimately tainted as he tested positive for a performance-enhancing substance that changed the bout’s result to a no contest.

He made a remarkable return to wrestling’s premier promotion in 2012 and took his career to a whole new level. Two years later, at WrestleMania 30, he achieved what no other wrestler had ever done before.

When the Undertaker takes to the ring at the company’s biggest PPV event, the entire world watches. He was seemingly impossible to beat. The ‘Deadman’ would overcome adversity time and time again, leaving elite wrestlers like Shawn Michaels and Triple H bamboozled to what more they could have done.

His opponent in Louisiana was undoubtedly the underdog going into the biggest contest of his life. But on the night, Lesnar wouldn’t be denied.

He hit the Undertaker with not one F5, but three. The legend couldn’t kick out. Lesnar had done it. He had made history.

The crowd went silent. They couldn’t believe what had just happened.

Since this incredible moment, the 44-year-old has had plenty more exciting storylines. However, if one match defines Lesnar’s WWE legacy, then this is it.

What is the net worth of Brock Lesnar?

According to Celebrity Net Worth, the multi-talented athlete has accumulated a whopping $25 million net worth. As per SportBible, a fifth of this comes from his short-lived yet exciting MMA career. He may have only had nine total bouts, but at UFC 100, he broke the PPV record, selling over a million buys. Therefore, he was able to negotiate a massive new deal.

Brock Lesnar has created his humongous net worth by being one of the greatest combat sports athletes ever. But despite him earning enough money never to have to go to work again, the ‘Beast Incarnate’ is still chasing greatness.

At the Day 1 PPV on January 1, the legend will square off against Roman Reigns in the main event. With a ninth world championship at stake, the future Hall of Famer will put his body on the line in pursuit of the biggest prize in sports entertainment.