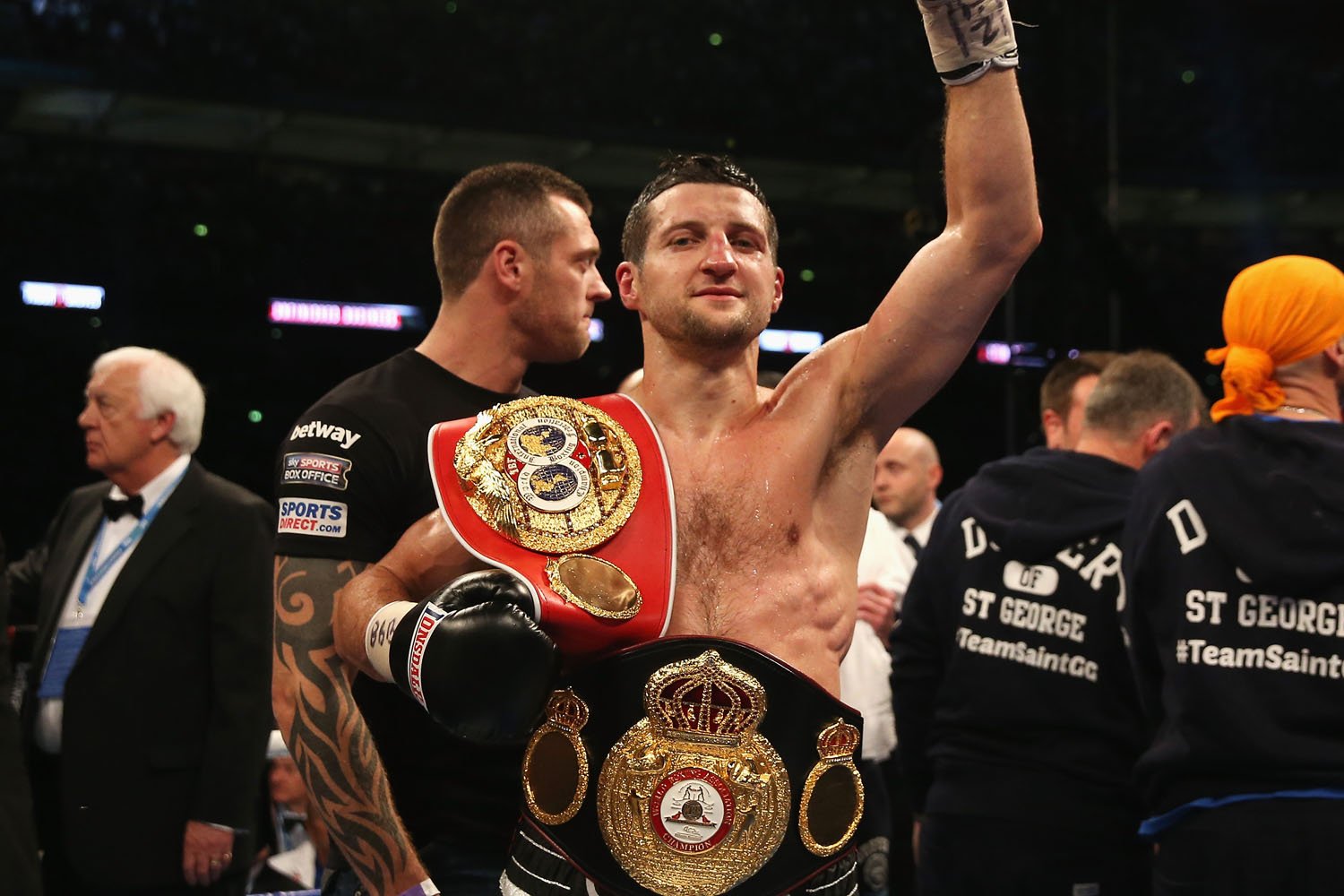 Carl Froch has shed light on a potential return to the ring, though insisted that a comeback would only materialise in an exhibition format.

The four-time world super-middleweight champion opened up on his future plans in a special episode of SPORF’s Back Yourself in collaboration with partypoker.

When quizzed on the likelihood of strapping on the gloves again, Froch said the intensity of the training would be too much for him to debate a professional return, though his rumoured bout with Roy Jones Jr. could have some legs to it.

“I wouldn’t come back and put myself in against a world champion in a proper boxing match, 12 three-minute round championship level, because I’d have to train for three months and one of the reasons I retired was because the training was becoming too hard for my old aching joints and body.

“Plus the desire was gone as well. You need that desire when you’re doing any sport at the top level.

“So if I was to come back, it’d be the exhibition format which is eight two-minute rounds against somebody who’s in a similar position to me, someone who’s retired. It was going to be Roy Jones Jr, it’s not materialised as of yet, but we’re going to sit back and wait and see what happens with the rules and restrictions going forward.

“If we can get it on at the Nottingham Forest City Ground that’d be pretty cool.”

Froch also touched on the now-delayed meeting between Tyson Fury and Anthony Joshua, insisting that both men now faced tough challenges that can’t be overlooked.

“Fury’s still got to get past Deontay Wilder. I think he will, but there’s a chance he gets knocked out. It’s boxing, it’s a two-horse race and Deontay Wilder is one of, if not the most dangerous puncher in world boxing. The way in which Fury demolished him in that rematch though, I’m heavily backing Fury to beat Wilder again.

“If Anthony Joshua beats Oleksandr Usyk, which isn’t a given, that’s a tough fight, it’s a tricky fight. I think AJ beats him, I think he’s too big for him, Usyk’s a cruiserweight coming up to heavyweight, he didn’t impress me against Derek Chisora, he just sort of scrambled his way through that fight, so I’d expect AJ to beat Usyk.

“And hopefully then, the AJ vs Fury fight happens and that’s a fight that’s close. AJ could win that, but I’m picking Fury to win on points. He’s just more of a natural boxer, he’s more of a fighting man, he’s been boxing since he was a kid and he’s very technical. He’s not been beat, AJ lost to Ruiz, I know he got him in the rematch but that was a bad loss, and Fury doesn’t have that on his record.”

“That’s not to say that AJ couldn’t beat him, he’s big and strong, he punches hard and if he sticks it on Fury he might get him out of there.”

Do you Back Yourself to win big? Join the SPORF community on partypoker now! 100% matched deposit up to £400 plus £40 of Free Play.

Part of a paid partnership with partypoker.