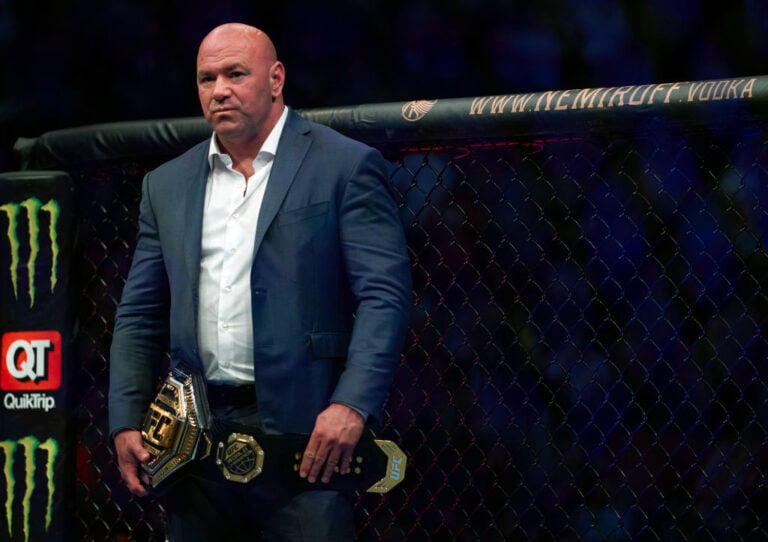 UFC 273 delivered on all cylinders, but Dana White didn’t look too happy after Aljamain Sterling defended his belt against Petr Yan.

Fans at the VyStar Veterans Memorial Arena enjoyed every second of the promotion’s return to Florida. They got to witness an incredible war of attrition between Gilbert Burns and Khamzat Chimaev, in which the Swede proved that he’s just as good as people say he is. Before they took in the genius of Alexander Volkanovski, who schooled a brave but outgunned ‘Korean Zombie’.

Sandwiched between those two fights was an enthralling rematch for the bantamweight world title between Sterling and Yan.

Their last fight ended in a controversial disqualification after the Russian nailed his opponent with an illegal knee. Sterling became the first man to pick up a belt this way. Going into their straightener, Yan wanted to regain the title he felt he unfairly lost, while Sterling needed to prove that he was more than just a ‘paper champion’.

After a tentative opening round, ‘The FunkMaster’ took over the next two segments with his sensational ground game. He dominated his adversary on the mat as he held him down with ease while threatening submissions. In the championship rounds, Yan bounced back and began landing solid shots, but he failed to close the show.

After the final bell, Sterling’s success in the grappling department proved the definitive factor. He won the contest via decision, leaving the UFC president livid.

Dana White is furious that Aljamain Sterling got the win

The notorious businessman has had a long history with the UFC Bantamweight World Champion. So, upon realising that the 32-year-old had defended his title, he looked disgusted. But regardless, he begrudgingly wrapped the belt around the 135-pound king’s waist, before storming into the press conference to express his dismay.

When asked who he thought won the fight, White replied: “I thought the judges blew that one. I don’t know how you guys scored it. It’s all in however you score that first round.”

It’s unclear whether his opinion stems from his feud with Sterling or whether he genuinely believes that, but regardless it doesn’t appear that we’re likely to see a trilogy anytime soon as White wants to go in another direction.

He said: “Petr Yan is one of the baddest dudes in that division, (but) you probably do the TJ [Dillashaw] fight.”