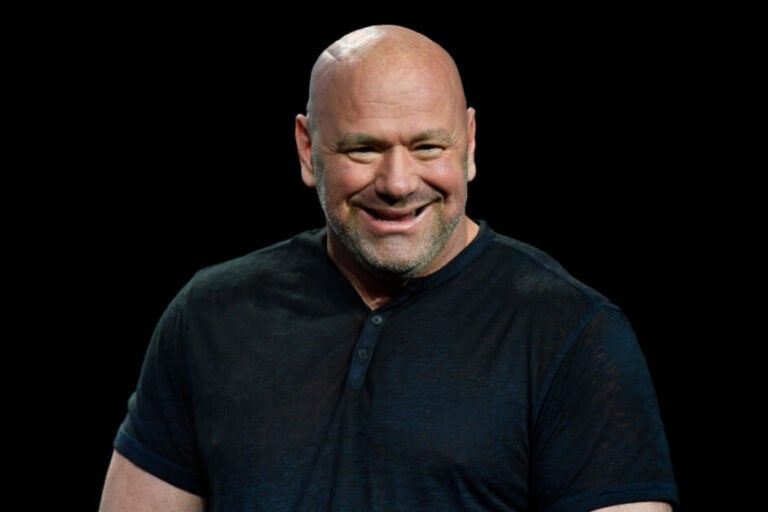 Dana White reveals the level of accuracy in the reported reason why Joe Rogan didn’t commentate at UFC 271.

The popular podcaster stepped down from his commentary duties late in the week due to a ‘scheduling issue’. This resulted in Hall of Famer Michael Bisping stepping up to take his place. However, the UFC President has refuted the official story.

What did Dana White have to say?

During the post-fight press conference, White answered the media’s questions regarding the bizarre turn of events. The 52-year-old is no stranger to putting his fighters under the spotlight. He’s made digs at Tyron Woodley, Ben Askren and Francis Ngannou. But this is the first time he’s thrown Rogan under the bus.

He said: “There’s no conflict of schedule. Joe Rogan didn’t work tonight. Joe Rogan could have worked tonight. I don’t know what Joe Rogan had to do. You guys will have to ask Joe Rogan. There was no ‘Joe couldn’t work tonight’ or anything like that. I know that came out. It’s total bulls**t.”

Most fans will rejoice in hearing that the company hasn’t cut ties with the colour commentator. But White’s statement has left more questions than answers. It’s unlikely that the businessman would’ve been in the dark in this situation.

Therefore it appears that there’s potential that Rogan could’ve made the decision himself. He is under a massive amount of pressure after all.

The popular podcaster is currently enduring the most challenging part of his career. In 2020 he signed a $100 million deal to move his show ‘The Joe Rogan Experience’ to Spotify. But that very same podcast has brought the 54-year-old to his knees. Over the last twelve years, he’s repeatedly used the N-word on his episodes.

And now a compilation video has emerged, highlighting to the masses just how frequently he used the offensive term. This has resulted in a large percentage of his audience turning their back on him. In addition, musicians like India Arie were so disgusted by the clip that they decided to leave Spotify altogether.

Rogan has since apologised for the video and confirmed that he didn’t realise the offence in his words. It appears that his heartfelt admission of regret is enough to receive the forgiveness of UFC fighters and fans.

During the pre-fight press conference, reigning middleweight champion Israel Adesanya addressed the media who were asking probing questions about the beloved analyst.

Furthermore, the chants of ‘free Joe Rogan’ could be heard echoing around the Toyota Centre during the main event. The commentary team even read out a text from the podcaster who said that he thought Adesanya had broken his hand.

It appears that as long as Rogan is genuinely sorry for his actions, fans and fighters believe there’s still a place for him in the UFC.