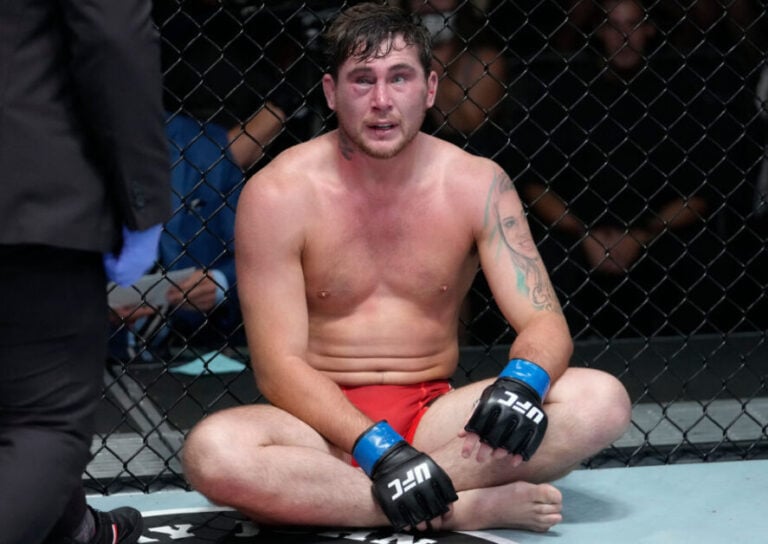 UFC middleweight fighter Darren Till has been putting in maximum effort while training with Khamzat Chimaev.

The Englishman is looking for a turnaround in his fortunes after a bad losing streak. He has lost four of his last five fights, with his most recent win coming against Kelvin Gastelum at UFC 244.

That last victory came all the way back in 2019. Since then, Till has lost to Robert Whittaker via unanimous decision. Subsequently, Derek Brunson defeated ‘The Gorilla’ with a submission.

To try and return to the peak of his powers, Till has started training with one of the UFC’s rising stars.

Khazmat Chimaev’s form is the polar opposite of Till’s. He currently sits on a four-fight unbeaten streak. He defeated both John Phillips and, more recently, Li Jingliang via submission. In addition, the welterweight notched round one TKOs against Rhys McKee and Gerald Meerschaert.

In a video posted to YouTube, Chimaev and Till go through circuit training together at Chimaev’s Allstar Training Center. However, the Merseyside man has to work seriously hard to keep up with his new training partner.

Another viral piece of content from their session was a picture that the Swedish welterweight posted on his Instagram story.

It shows both fighters post-session – with Till looking significantly more fatigued.

UFC fans on Reddit found humour in the picture and had a field day in the comment section. One user put it very bluntly: “Till looks done lmao.”

“Till looks like he’s questioning his life decisions,” laughed another.

Some pointed out that Till’s exhaustion proves just how hard wrestling can be. “Till looks like he’s been crying,” one redditor said, to which another responded: “Sometimes wrestling be like that.”

Give him some credit

All joking aside, Darren Till deserves all the credit for training with Chimaev. The Swede is a formidable grappler, so Till can use their sessions to learn from an expert of the ground game.

Till’s willingness to put his ego aside and work with a fellow fighter shows a hunger to turn around his fortunes and get back on the winning track.

The Gorilla is pouring blood, sweat and tears for his training, that’s for sure.