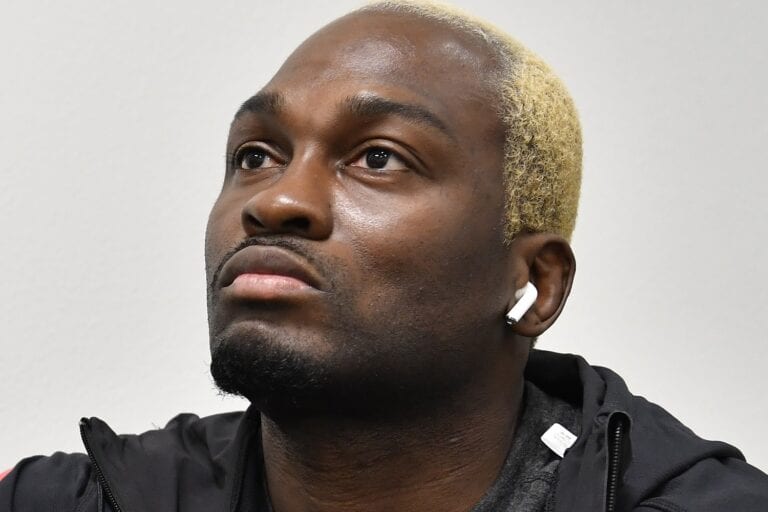 UFC middleweight Derek Brunson has given his thoughts on the current pay dispute between Jon Jones and the promotion.

Right now Jones is supposedly in talks with the UFC to fight Francis Ngannou for the UFC heavyweight title. The fight, by itself, would be one of the biggest in MMA history.

But there are a few roadblocks in the way.

Jones has made his many issues with fighter pay clear to the Ultimate Fighting Championship in the last 12 months or so, with many suggesting it to be one of the reasons why he hasn’t fought since February 2020. He’s also recently suggested $8-$10 million isn’t enough for him to fight Ngannou.

The question of whether or not UFC fighters are paid the right amount has gone on for years, but nothing ever seems to have been done to really rectify the issue.

Now, plenty of fighters are speaking up – including 185-pound contender Derek Brunson.

While we’re talking about fighters pay.What about the fighters who live fight to fight.I’m not one of them so it doesn’t pertain to me .But I’m compassionate for those individuals.The 1% need to fight their own battles.We learned more ?for Conor doesn’t = better fighter pay? ☕️

Smart logics say if you’re on top group up . Which in return would benefit you later . But no one cares until it hits close to home!

Brunson makes a series of points about how the top fighters in the sport tend to look out for their own self-interests. On the flip side, many who don’t qualify as being “elite” will take whatever they can get from the UFC.

So with that being said Dana & investors. I’m with y’all, keep eating until these guys get smart and apply that pressure . Fighters don’t sign a 10 fight contract then complain after 2 fights. Where was that energy before hand ! ?

It’s a seemingly never-ending cycle with the most prominent suggestion being some kind of union.

Whether or not that’s feasible depends entirely on how many high-level fighters get involved. At this moment in time, the UFC knows there are plenty of other big names who could slot right in and take Jon’s spot in a fight against Ngannou.

Brunson is considered to be a veteran and has been around the mixed martial arts game for a long time. As such, he’s probably the sort of person that holds a decent amount of authority on these kinds of discussions.