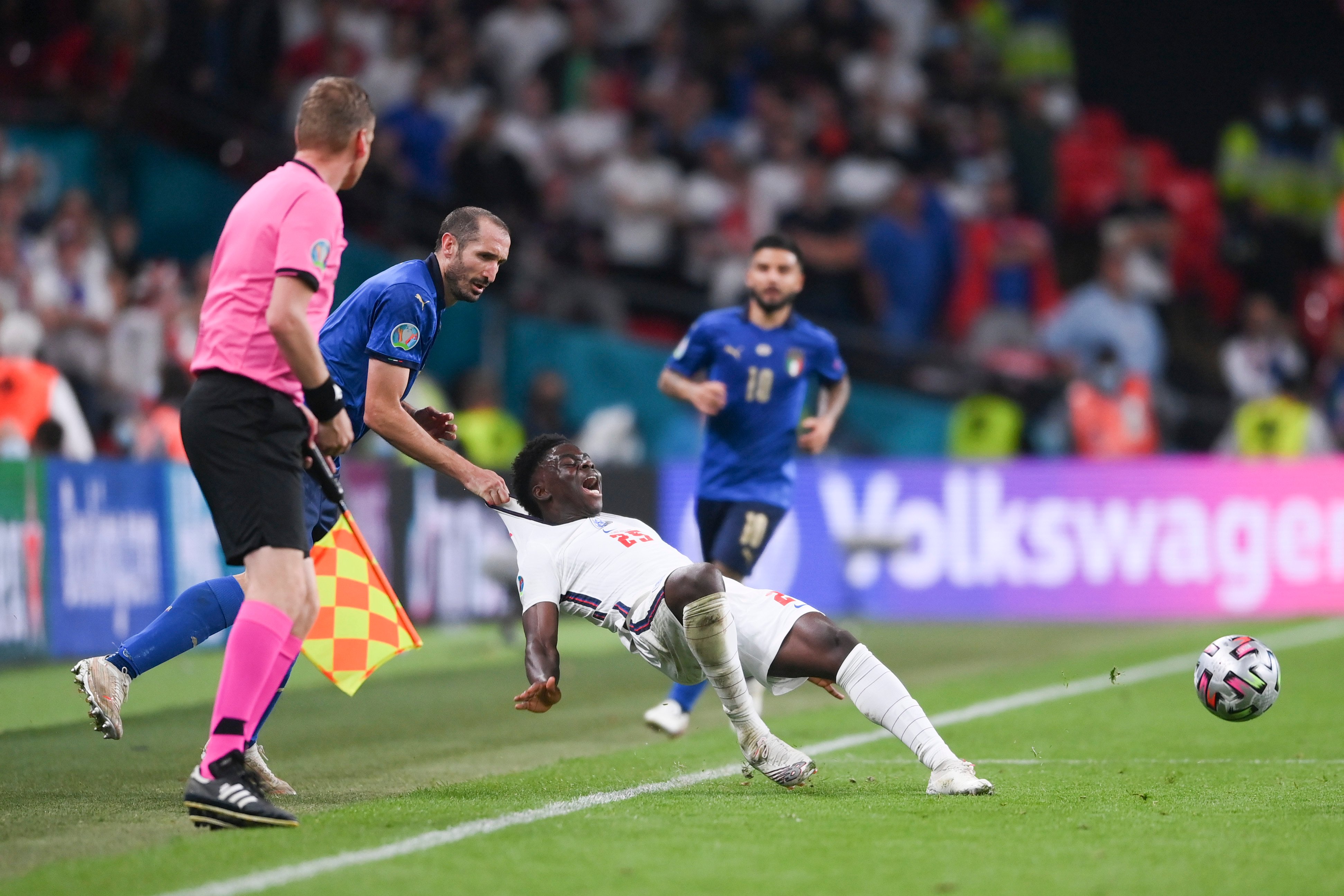 An angry England fan has called on fellow supporters to sign a petition demanding that the Euro 2020 final be held again.

An anonymous Change.org user by the name of ‘Custard Cream’ believes that Giorgio Chiellini’s challenge on Bukayo Saka in injury time at Wembely should have resulted in a red card rather than the yellow which was handed out by referee Bjorn Kuipers.

“All the pushes, pulls and kicks and Italy [were] still allowed to win? Definitely biased.

“Italy should have been given a red card for their gameplay and the rematch should happen with a non-biased referee. This was not fair at all.”

The game had many talking points – some also felt that Raheem Sterling was knocked down inside the Italy box in the second half and should have been awarded a penalty.

Others have criticised Gareth Southgate’s choice of penalty takers – an inevitable fallout that occurs after any team loses in such circumstances.

Meanwhile, Chiellini’s long-lived partner-in-crime, Leonardo Bonucci, was the focal point of England supporters’ fume after the final whistle as well. After the Italians defeat the Three Lions on penalties, the 34-year-old veteran ran up to a camera and screamed, “it’s coming Rome”

The England slogan derived off a Baddiel and Skinner and the Lightning Seeds’ 90s football song has become synonymous with the nation’s international endeavours under Gareth Southgate.

But where most see it as a tongue-in-cheek reference to England’s own invention of the game, others deem it to be part of England’s arrogance when it comes to winning trophies.

Either way, you doubt it will mean the chant will stop in future competitions with England playing.