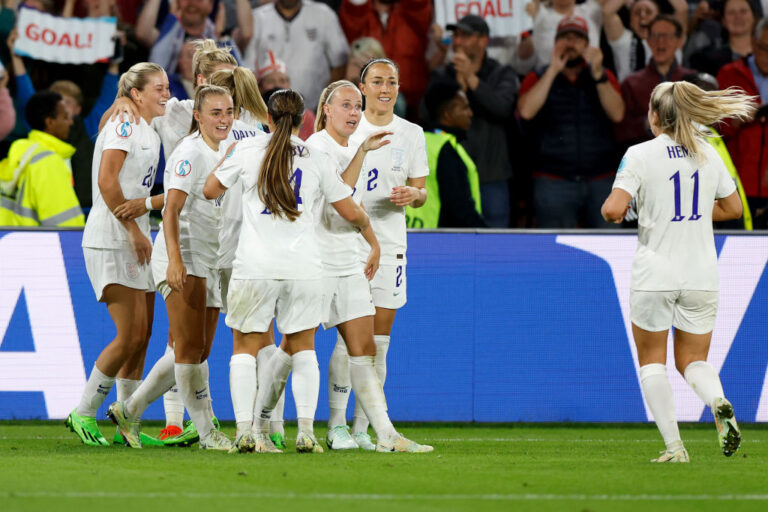 The hotly-anticipated Women’s Euro 2022 final between England and Germany takes place at Wembley this weekend, and we have all the information you need to know, including the kick-off time.

The Lionesses are looking to secure a historic triumph at the Women’s European Championships. They have already matched their best performance in the competition, having reached the final in 2009.

They will play in front of a capacity crowd at Wembley, with 87,000 people expected to attend. It will break the record for the highest attendance in a Women’s European Championship match.

The Lionesses have dazzled viewers on the way to the final, with a peak audience of 9.3 million watching their semi-final win over Sweden on BBC. Now, they look to cap off a memorable summer with the crowning glory.

England and Germany: Paths to the final

Sarina Wiegman’s side have been on top form throughout the tournament. After winning all three games in the group stage – scoring an incredible 14 goals in the process – the Lionesses took on Spain in the quarter-finals.

The match proved to be a glitch in the road for England. Spain took the lead on 54 minutes, before an 84th-minute strike from Ella Toone restored hope for the hosts. Then, in extra-time, Georgia Stanway smashed home arguably the goal of the tournament from 25 yards to seal a 2-1 victory.

Next up was Sweden, and what was expected to be a tough challenge against the number one ranked side in the competition. The Swedes started brightly, but England began to take control as the first half wore on. Beth Mead‘s superb turn and fierce strike gave the hosts the lead.

Lucy Bronze added a second goal early in the second half. Then, as has happened so many times in Euro 2022, it was time for the Alessia Russo show. The Manchester United star thought her opportunity to score had gone after seeing a shot blocked. However, she then produced an outrageous backheel that flew past goalkeeper Hedvig Lindahl.

There was still time for Fran Kirby to add a fourth, lobbing the Swedish stopper from 20 yards.

Like England, Germany won each of their three group games without conceding a goal. They drew Austria in the quarter-finals – a side the Lionesses defeated 1-0 in their group.

The Germans went one better than that, beating Austria 2-0 at the Brentford Community Stadium. Next up was perhaps the most intriguing game of the tournament so far – Germany versus France.

The eventual finalists had influential forward Alexandra Popp to thank for their progression, with the metronomic striker netting twice in a 2-1 win.

She now has six goals to her name, drawing her level with Mead at the top of the scoring charts. That will be another interesting subplot in the final.

What is the kick-off time for the Euro 2022 final?

The Women’s Euro 2022 final between England and Germany will kick off at 5pm UK time.

The showpiece event will be played at Wembley Stadium. It is the first game that the venue has hosted in this summer’s competition. As with the rest of the tournament, the game will feature extra time and penalties if required.

BBC will have live and exclusive coverage of the Euro 2022 final between England and Germany.

The final will be broadcast on BBC One (Sky/Virgin channel 101). It will also be available on the BBC Sport website and the BBC Sport app. Furthermore, viewers can also tune in to live radio commentary of the match on talkSPORT, if they cannot watch the action live. talkSPORT’s radio coverage will begin at 4pm.

Live TV coverage of the final will begin at 3:50pm on BBC One. Gabby Logan will present the coverage, with Ian Wright and Alex Scott on punditry duty.

England: Sarina Wiegman is set to have a full squad to choose from for the Euro 2022 final.

The Dutch boss has named the same starting XI for each of the Lionesses’ five matches so far in the competition. The likes of Alessia Russo, Ella Toone and Chloe Kelly have all made important impacts from the bench, so it would be no surprise to see them retain those roles.

Germany: Martina Voss-Tecklenburg’s side do have one major injury concern. Young winger Klara Buhl played an influential role in the first four matches, scoring one goal and providing an assist.

However, she missed her side’s semi-final win over France through injury, and is a doubt for the final.