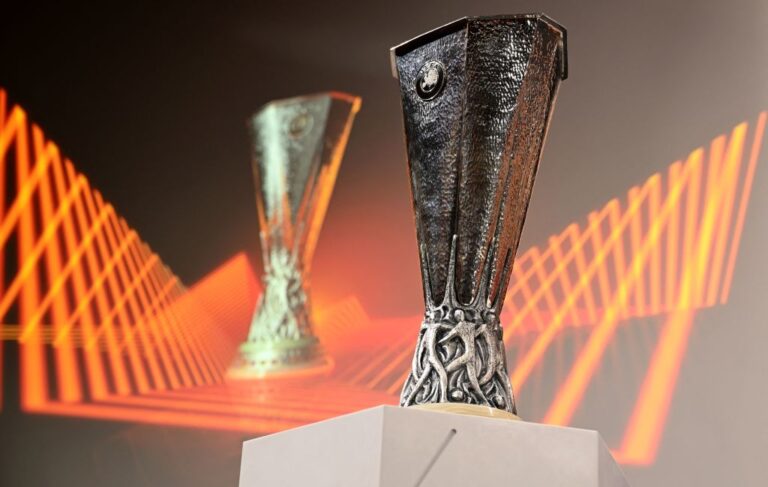 European giants Barcelona and Manchester United will face off in what will surely be a gripping Europa League play-off tie following today’s draw for the competition.

Although revered across the world for their exploits in the Champions League, Barca and the Red Devils will do battle in the Europa League this season. The pair, who played each other in the 2009 and 2011 UCL finals, bring so many storylines to their tie.

Will Cristiano Ronaldo, so often a thorn in Barca’s side whilst at Real Madrid, come back to haunt the Catalan giants once more? Or will Frenkie de Jong, a player linked with a move to Old Trafford from Barcelona all summer, be shown to have made the right choice? It will be a truly mouth-watering occasion.

That is not to say that we will not get entertainment in the rest of the draw, though.

Erik ten Hag may be grateful that he managed to avoid former club Ajax in this Europa League play-off draw. The Dutch champions face Union Berlin, who have been very impressive in the Bundesliga this season.

Juventus, still hurting after their disappointing third-place finish in UCL group H, will play Nantes in this knockout round. The French outfit narrowly qualified for the second UEL phase, despite having a goal difference of -5.

Ligue 1 actually enjoys three teams in this season’s UEL play-offs, with Stade Rennais being one of them. They will play Ukraine’s Shakhtar Donetsk. Shakhtar dropped to the second tier of UEFA competition after finishing behind Real Madrid and RB Leipzig.

Additionally, AS Monaco get to play Xabi Alonso’s Bayer Leverkusen. Unfortunately for the Ligue 1 squad, Leverkusen have returned to the form of old under Alonso. For instance, they thumped (then) Bundesliga leaders Union Berlin 5-0 last weekend.

Elsewhere, Europa League wizards Sevilla enter the Europa League at the play-off stage after exiting the Champions League. They face a tricky task against PSV Eindhoven, though, who beat Arsenal 2-0 in their Group A encounter.

Inaugural Europa Conference League champs AS Roma have a visit to Austria for their tie against FC Salzburg. Jose Mourinho will hope for a more straightforward win following a tricky group stage.

The first legs of these Europa League play-offs will be on 16 February, with the second legs then scheduled for 23 February.