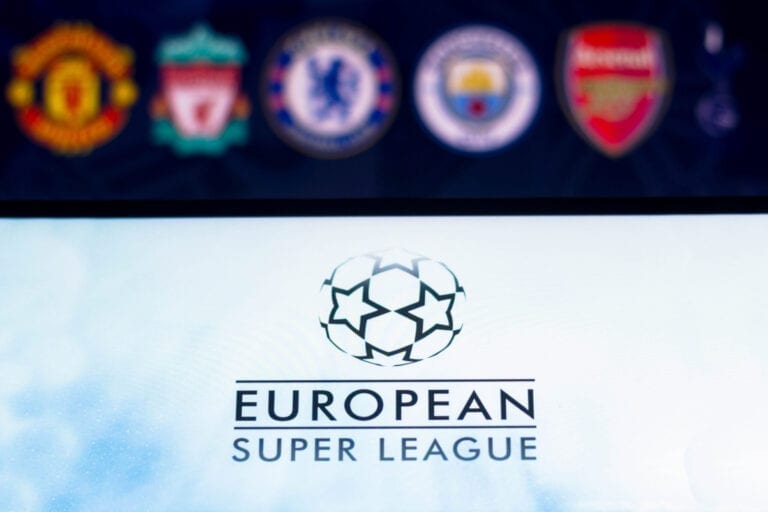 Was it all just a really, really bad dream?

On Sunday night, football appeared to have been plunged into its darkest place in a very long time. Fast-forward to Tuesday night, and the idea of the European Super League appeared to be on the verge of collapse.

Following widespread backlash from fans, players and pundits alike, all six English teams were forced to withdraw their participation, dealing a major blow to the likelihood of the competition being able to go ahead.

In response to their withdrawal, the competition has issued an official statement confirming they would “reconsider the appropriate steps”, a huge testament to every last person who has demonstrated against the idea.

“We are proposing a new European competition because the existing system does not work.” the statement read.

“Our proposal is aimed at allowing the sport to evolve while generating resources and stability for the full football pyramid, including helping to overcome the financial difficulties experienced by the entire football community as a result of the pandemic.

“It would also provide materially enhanced solidarity payments to all football stakeholders.”

"We are reconsidering the appropriate steps, in order to reshape the project”.

“We're proposing a new competition, because current one isn't working. English clubs have been forced to leave, due to outside pressure”.

“Despite the announced departure of the English clubs, forced to take such decisions due (to) the pressure out (put) on them, we are convinced our proposal is fully aligned with European law and regulations as was demonstrated today by a court decision to protect the Super League from third party actions.

“Given the current circumstances, we shall reconsider the most appropriate steps to reshape the project, always having in mind our goals of offering fans the best experience possible while enhancing solidarity payments for the entire football community.”

It’s heavily rumoured that Inter Milan will be the next club to drop out of the competition, though we’re still awaiting any official communication on that front.