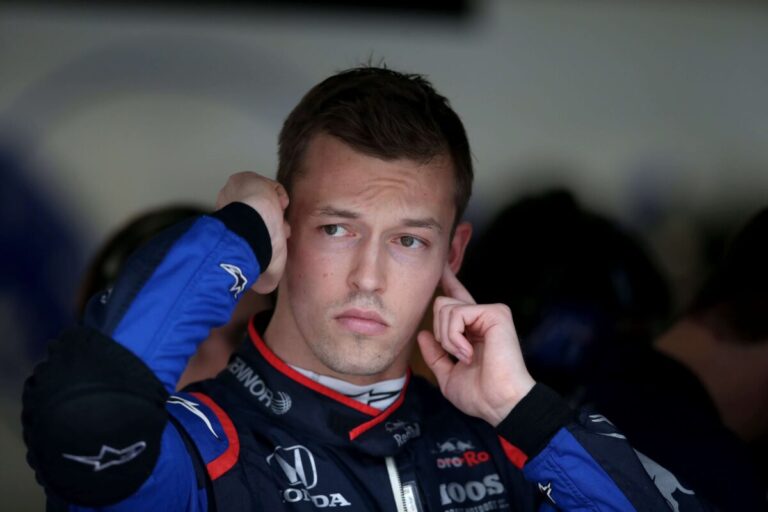 Former Russian Formula 1 driver Daniil Kyvat believes that banning Russian athletes from sport after the country’s invasion of Ukraine is an “unfair solution”.

The FIA convened an “extraordinary meeting” of the World Motorsport Council for Tuesday. They said they would discuss matters relating to Russia’s invasion of Ukraine in the meeting.

One of the main topics on the agenda was the future of Russian drivers in motorsport. The FIA later confirmed that drivers from Russia and Belarus will be able to compete under an FIA flag.

Other sporting bodies have already acted against Russia. On Monday, FIFA and UEFA excluded all Russian teams from their competitions at club and international levels.

Meanwhile, the International Olympic Committee has recommended that international sports federations do not allow any athlete from Russia or Belarus to compete in their events.

Formula 1 have cancelled the Russian Grand Prix due to be held on September 25. Aston Martin’s Sebastian Vettel had already said he would not compete if the race went ahead.

Read: Sebastian Vettel says he will not race in the Russian Grand Prix

Daniil Kvyat raced in F1 for Red Bull and the rebranded AlphaTauri team, which was previously known as Toro Rosso. He lost his place on the grid at the end of 2020. Yuki Tsunoda was his replacement.

The driver, who is of Russian nationality, has claimed three podium finishes. He has also made 112 starts during his career. Kyvat is currently set to drive in the World Endurance Championship this season – a series that the FIA administer.

Taking to Twitter, Kvyat has called for a “peaceful solution to this situation in Ukraine” and has urged sporting bodies not to ban Russian athletes.

He stated: “I really hope for a peaceful solution to this situation in Ukraine, and that we can all live in peace.

“Hopefully, all parties can find a solution by sitting together and through a respectful dialogue. It horrifies me to see two brotherhood nations in conflict.

“I don’t want military actions and wars to influence the future of humanity, I want my daughter and all children to enjoy this beautiful world.

“I also would like to highlight and address all sports federations across the world, including IOC, that sport should remain outside politics and disallowing Russian athletes and teams from participating in world competitions is an unfair solution and goes against what sport teaches us in its principle – the unity and peace.

“Who else if not us sports people will help to glue nations together in the upcoming times?”