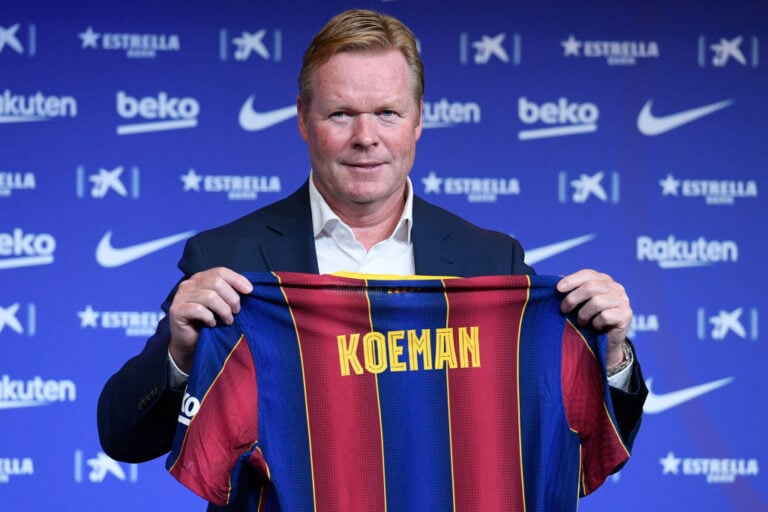 The defeat to Benfica means this is the club’s worst start to a Champions League campaign ever.

The Spanish giants were beaten 3-0 by Bayern Munich earlier this month, plus they have lost their opening two matches in the competition for the first time. They are sat bottom of their group.

“I’m not going to argue about the level of my team,” said Koeman, part of the Barca side that won the European Cup in 1992.

“There’s no point in comparing this with Barcelona teams of years gone by. That’s as clear as water. I can only give you my opinion of my work at the club – I feel backed by my players and their attitude.”

.Now reports have emerged of some of the coaches who could replace the Dutchman.

The Sun claim that Ex-Inter Milan chief Antonio Conte is thought to be a managerial target for Barca.

And Football Italia claims say that also on the list is Andrea Pirlo as well as Xavi, who could take up the reigns.

“I can’t talk about Koeman, it’s not my place. We have to keep fighting, stay together and overcome this situation. We can only escape this with hard work and being united as a team.”

Koeman, meanwhile, has said he’s not sure what the future holds, saying via the Guardian.

“As I’ve said just the other day, regarding my future I can’t say anything,” Koeman said. “Because I don’t know what the club is thinking in this respect, and I don’t want to answer any more questions on this because it is not in my hands. We’ll see.”