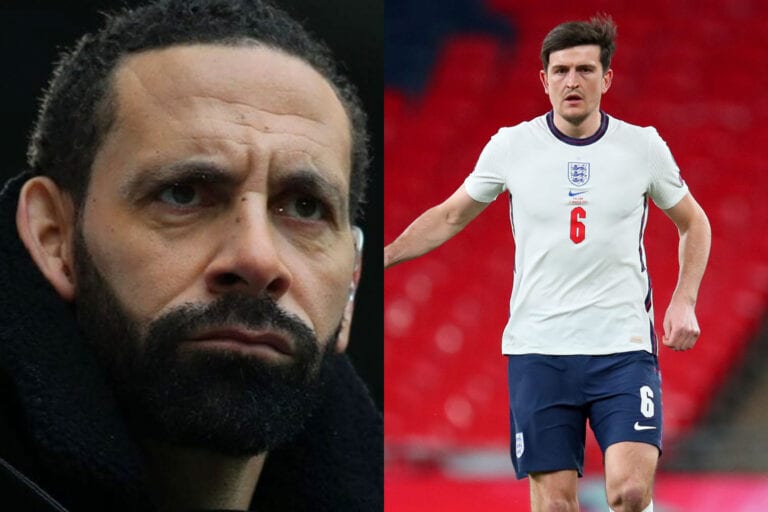 Rio Ferdinand has questioned Gareth Southgate’s decision to include Harry Maguire in his England squad for the Euros.

Southgate made his 26-man squad official last night as the Three Lions prepare for this summer’s European Championship. England are currently considered to be one of the favourites to win the tournament, though all of that means nothing once the first ball is kicked.

Maguire, who has proved vital at club level throughout the season and a regular in the England XI, is still fighting to come back from an ankle injury that ruled him out of United’s Europa League final loss to Villarreal.

During a special reaction show on his 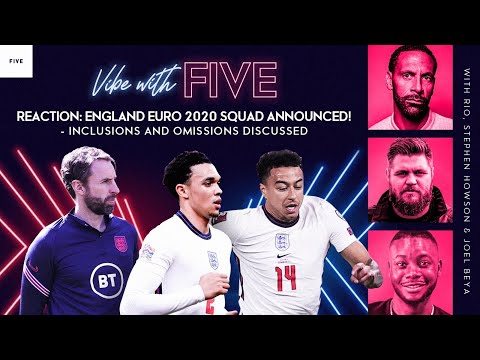 “England needed another centre back,” Ferdinand said. “This [squad] tells me he [Southgate] is definitely playing three at the back.

“Harry Maguire’s not even fit, I wouldn’t even take Maguire. You’re not fit, you’re not going to be fit for ages, it doesn’t make sense.”

Maguire isn’t expected to feature in this week’s friendlies as he continues his battle to be ready for England’s first competitive game of the competition in under two weeks time, though Southgate has already warned that the defender may not be ready for then.

“I’ve been in squads with players who haven’t been fit and they don’t perform when they’re not themselves.

“It happened with Becks [David Beckham] and Wazza [Wayne Rooney]. As good as Maguire is, he’s not a Becks or a Wazza.

“I don’t think you should take someone who’s not 100% fit. It’s hard to come back and get into a rhythm.

“That narrative ends up taking over the squad and it becomes the conversation and a distraction. Do we really need that? It’s pointless I think. Hopefully he proves me wrong, I would love it if he did.”

As the question marks over Maguire’s fitness continue, England are busy preparing for their Euro 2020 opener against Croatia on June 13.