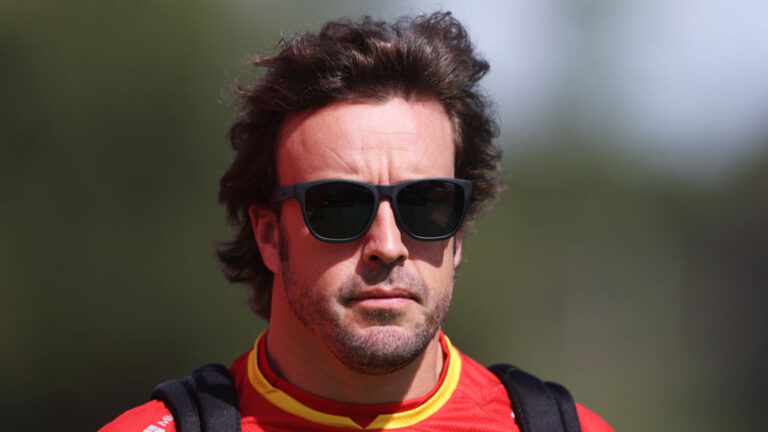 Alpine driver Fernando Alonso has accused the Miami Grand Prix stewards of ‘incompetence’ after they awarded him a controversial penalty after the race.

The two-time F1 world champion has had a difficult start to the 2022 season. Although Alonso’s pace has been present in abundance, the results haven’t arrived yet.

The Spaniard began his season with two points in Bahrain, on a weekend where Alpine struggled to perform. However, they are his only points of the campaign to date. Team-mate Esteban Ocon has 24 points.

However, there have been several mitigating factors at play behind Alonso’s difficulties. After a mechanical failure in Saudi Arabia, he was forced to retire whilst comfortably running in the points.

He then suffered a hydraulic failure during his hot lap in qualifying for the Australian Grand Prix. It was a lap that, if completed, could have put Alonso on pole position. The ensuing crash ruined any chance of good points, and he was unfortunate in the race when the virtual safety car came out shortly after his pitstop.

In Imola, the Spaniard was forced to retire with a water pump problem. Then, in Miami, Alonso was handed two time penalties from the FIA that took him out of the points entirely.

The Miami weekend started poorly for Alpine when Esteban Ocon suffered a heavy crash in free practice. He missed qualifying as a result.

Fernando Alonso, meanwhile, could only qualify in 11th position. He started well, however, making up several positions on lap one. One of those overtakes was on Lewis Hamilton.

Later in the race, Alonso attempted a move on Pierre Gasly, diving up the inside at turn one. However, he made contact with the AlphaTauri. The incident severely damaged Gasly’s car, and a crash with Lando Norris then ended his race.

Alonso later apologised for the incident. He said: “Yeah, it was my mistake. It happens sometimes to me. Mick [Schumacher] spun in Imola and destroyed my race.

“I broke too late, I destroyed Pierre’s race. So it was my mistake, and I feel sorry for him because I know how he should feel, and it was not his fault.”

That was not the end of the drama on the day for Alonso. He was handed a five-second time penalty by race control for the contact while on track.

However, the big controversy came when Alonso was awarded a further five-second penalty after the race. He was deemed to have gained an advantage by cutting the chicane. The penalty dropped him out of the points.

But Alpine claimed that he had lifted off sufficiently, twice, later in the lap to effectively ‘give back’ the time he had gained.

Speaking before the Spanish Grand Prix this weekend – which is his home race – Fernando Alonso made his feelings abundantly clear about the second penalty given to him.

He said (quotes via Autosport): “We believe that it was very unfair and it was just incompetence from the stewards. They were not very professional in Miami.

“I missed one corner, and then when I have back the time on the lap. But obviously, after you miss one corner, there is the sector time just after that corner, so the [purple] colour [comes up].

“They took that decision without asking any proof. So, we arrived after the race with all the proof and all the time back that we gave, and they were just packing up. They weren’t even in the room.

“We came there. We showed them all the data. So, they said, ‘Give us five minutes’. And then they found themselves with their hands tied, probably because they issued the penalty already, and they didn’t know how to get back from that document.

“So it was very bad and, honestly, it’s already in the past. But it is something that should not happen in Formula 1, with professionals and the stands that Formula 1 has right now.”