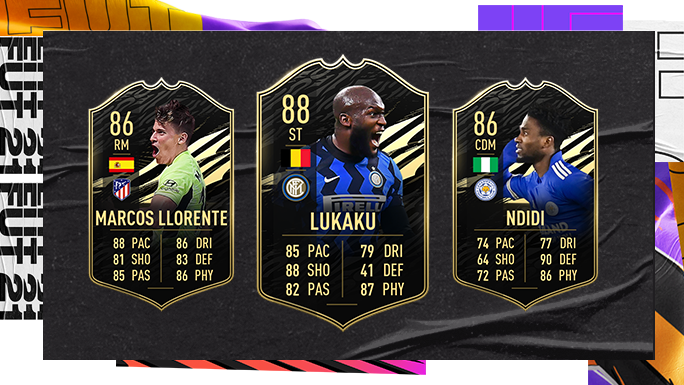 EA Sports has revealed the latest instalment of FIFA 21’s Team of the Week promotion.

Now into the 21st squad of the campaign, the world’s most in-form players have been recognised and rewarded with in-game ratings boosts.

Emiliano Martínez, who has flourished since joining Aston Villa from Arsenal, earns a spot for his more consistent performances between the sticks.

Manchester City’s John Stones has also made the cut as he continues to impress in City’s back line.

Also representing the Premier League are Arsenal’s Pierre-Emerick Aubameyang, who marked his return with a hat-trick against Leeds, and Leicester’s Wilfred Ndidi, who has been a vital cog in Leicester’s strong form.