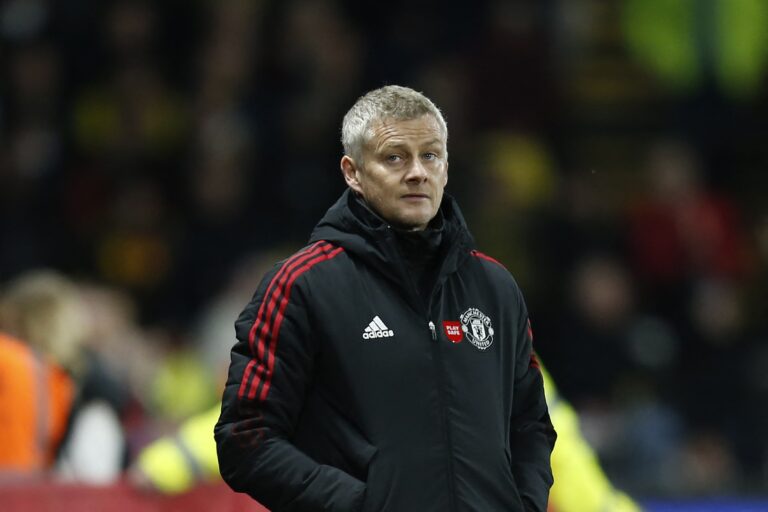 The confirmation that Solskjaer has been sacked brings to an end a near three-year long spell in charge of the club for the Norwegian, who initially replaced Jose Mourinho on a caretaker basis in December 2018.

He then signed a permanent contract in March 2019. He guided United to second place in the Premier League last season and reached the final of the Europa League.

This season, however, has been much more difficult. Despite the big-money signings of Raphael Varane, Jadon Sancho and Cristiano Ronaldo, United have failed to kick on from last season and mount a title challenge.

They were humiliated by a 5-0 home defeat against Liverpool at Old Trafford, before a 2-0 loss to neighbours Manchester City.

Solskjaer was sacked after the side’s 4-1 defeat to Watford yesterday. His side conceded two injury-time goals in what proved to be his final game in charge.

Even though Solskjaer has been sacked after a poor run of form, there’s still plenty of positives for United fans and Solskjaer to look back on with pride when it comes to reviewing his time at the club. Let’s take a look at five of them:

The history books will always read that Ole Gunnar Solskjaer was in charge when Cristiano Ronaldo returned to Manchester United in August.

In what was a whirlwind few days, there seemed to be genuine doubt as to whether Ronaldo would go to Manchester City or United. In the end, he returned to the red side of Manchester, helped by a call from Sir Alex Ferguson.

One of the most memorable moments from the transfer saga was a press conference from Solskjaer. Before United’s clash against Wolves on August 27, all the talk was unsurprisingly about the Portuguese icon.

When asked about Ronaldo in his pre-match press conference, he replied: “He knows how we feel about him. If he was ever going to move, he knows we are here.”

From that moment onwards, United fans began to seriously believe.

The signing of Bruno Fernandes was undoubtedly one of Solskjaer’s finest pieces of transfer business.

After joining the club in January 2020, the Portuguese midfielder netted eight goals and provided seven assists in 14 appearances in his first season.

The following campaign was even better. The metronomic playmaker added 18 goals and 12 assists in 37 appearances, and played a crucial role in United finishing second in the Premier League table last season.

This season has been slightly less prolific, with Fernandes’s own declining numbers in front of goal in recent months perhaps reflecting the team’s overall downturn in form. But the midfielder will doubtless continue to play a defining role for United going forward, and get back to the form that saw him establish himself as one of the very best in his position.

3. United pile the pressure on City

Those victories were some of his most incredible days as United manager. But one result, in particular, stands out – the 2-0 victory at Old Trafford in March 2020.

It was the first time United had done the double over City in a Premier League season since the departure of Sir Alex Ferguson. Anthony Martial set United on their way on 30 minutes.

Then it was the turn of Scott McTominay. In the 96th minute, a poor clearance from Ederson found its way straight to the Scottish midfielder, who struck an effort from incredible range into the back of the net, past the City goalkeeper. He lifted the roof off Old Trafford.

At half-time in their Europa League semi-final first leg against Roma last season, United were struggling. They were 2-1 down at Old Trafford.

What happened in the second half was astonishing. It was goal, after goal, after goal. First, it was Edinson Cavani that equalised with a close-range finish. Then it was Cavani again, pouncing on a rebound. Bruno Fernandes then netted a penalty, and scored a header four minutes later. Mason Greenwood then completed the scoring, firing into the bottom corner.

It ended up being an eight-goal thriller – a game in which United emphatically came out on top 6-2. They lost the second leg 3-2 in Rome in another thriller, but that didn’t change the overall outcome of the tie.

Solskjaer’s first taste of Champions League football as Manchester United manager could not have been much more challenging – a last 16 tie against Paris Saint-Germain. After a 2-0 defeat at Old Trafford in the first leg – and with a host of players missing for the second leg – it appeared to be a case of damage limitation when the Red Devils arrived in France.

But Solskjaer wasn’t having any of that. United twice took the lead on the night through Romelu Lukaku. With the scores at 2-1 heading into injury time, the Red Devils needed a goal.

They duly found it, with defender Presnel Kimpembe giving away a penalty for handball and Marcus Rashford converting the spot-kick. One section of the Parc des Princes was sent into raptures; one half of Manchester was in equal delight. United had somehow made it through to the quarter-finals.