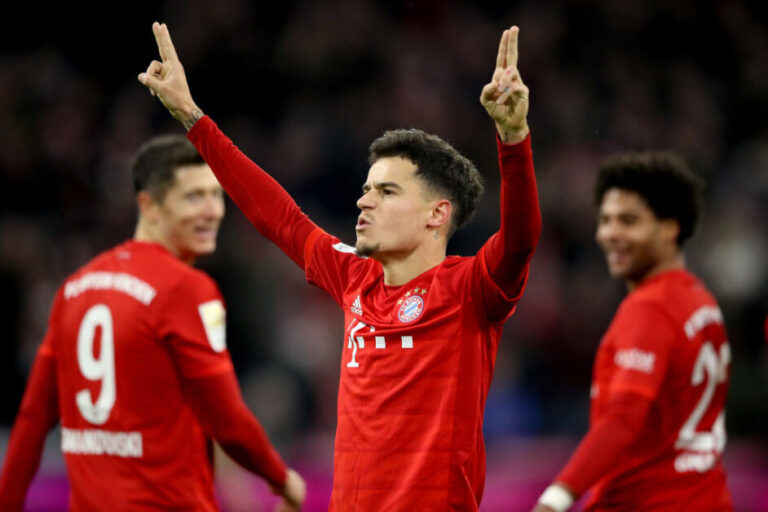 Not so long, Philippe Coutinho was an outstanding player who could put up incredible stats in his sleep.

The former Liverpool star, who has struggled at Barcelona, now has a chance to repair his reputation with a loan move to Aston Villa.

It’s been a disappointing few years for Coutinho since signing for Los Culés in January 2018 as Neymar’s replacement.

The Brazilian has failed to impress in Spain, but he can still be a massively exciting player. In case you need proof, here are five stats that say it all about the kind of player Philippe Coutinho is.

At Liverpool, Coutinho excelled at leaving defenders behind with his skilled dribbling in limited space. His creativity against composed defences unlocked a few games where his team was just completely stuck.

Numbers don’t lie. If you take a closer look at Philippe Coutinho’s stats at Liverpool, you’ll understand why he was such a coveted player only a few years ago.

In 152 Premier League games, the Brazilian completed 343 take-ons, meaning that his opponents were more used to seeing the back of his head than his face.

Nine goals and eight assists in half a season for Barca

Coutinho moved to Barcelona in January 2018, with the Catalan club desperate for a power move after Neymar’s dramatic exit to PSG.

The Brazilian’s spell at Barcelona has been chiefly marked by drama, but there have been a few good moments too. In his first half-season with the culés, he scored seven goals in only 18 games.

His assist numbers were just as good, with seven to his tally. Add two goals and one more assist in the Copa Del Rey, and that takes his totals to nine goals and eight assists in his first few months as an Aazulgrana.

Coutinho was never known as a prolific goal scorer. Nonetheless, he racked up some serious numbers during his Liverpool spell.

The midfielder had 54 goals and 45 assists in 201 games as a Red, a total of 99 goals coming off his boots. That is an average of 0.50 goals per game, which could be good enough for a striker.

For a midfielder, it’s simply jaw-dropping.

In summer 2019, Bayern Munich agreed to sign Phil Coutinho on loan for an €8.5m fee. The German giants had a buying option after that season, but they never exercised it, and the Brazilian would return to Barcelona in the following summer.

Don’t jump to conclusions, though. Coutinho had a solid season for Bayern, scoring 11 goals and giving out nine assists. He was a key man off the bench in their treble win, which included an 8-2 win against Barca.

The midfielder stung his former team by scoring a quick brace against them in the embarrassing loss.

Barcelona’s high valuation for Coutinho stopped Bayern from activating their buying option. The Catalans had reportedly fixed the transfer fee in €120m – simply way too much for a bench player.

The 2016-17 campaign was the best in Coutinho’s career. During his first full season as Liverpool manager, Jurgen Klopp made Coutinho the centrepiece of his team.

It was a similar role to the one Mario Gotze played for Dortmund under Klopp. As Liverpool’s trequartista, Coutinho became one of the best players in the world by establishing a firm link between the midfield and the front line.

Liverpool would bounce back from a disappointing 2015-16 campaign and clinched the last Champions League spot for PL teams. It was primarily thanks to Coutinho, who scored 13 goals and assisted eight times in just 31 games.

The number ten was Liverpool’s top scorer across all competitions with 14 goals. He was also named Player of the Month twice that season.