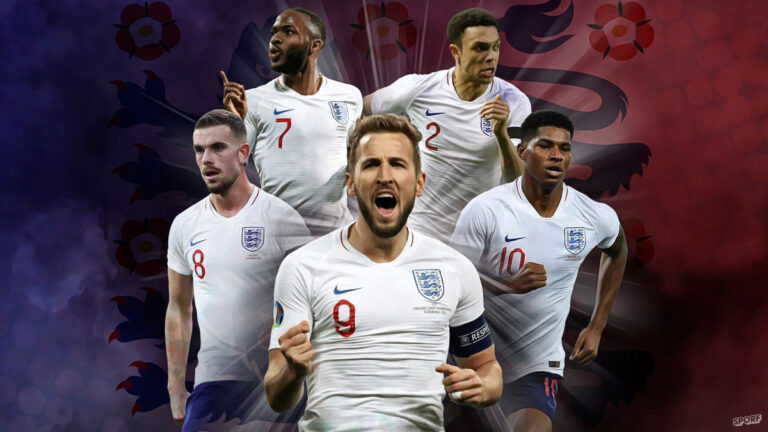 For the first time in many of our lives, there’s reason to be optimistic about England heading into a major tournament. It’s a genuinely unusual sensation.

The World Cup provided something that hadn’t been felt in decades – a genuine excitement and alien feeling that football could actually come home.

Ultimately it wasn’t to be, a young side’s inexperience finally caught up, leaving us only with the memories of what could have been and THAT penalty shootout.

However it left plenty to be hopeful for and bizarrely, bookmakers have us down as favourites to go all the way this time round. Perhaps it’s tempting fate but let’s enjoy that burden while we can.

Blessed with a young squad, one which now has another two years experience under its belt, Euro 2020 could be coming at just the right time for the Three Lions.

A position that has famously troubled England still doesn’t feel like it has a solution. In the past, England coaches have persisted with a keeper regardless of their form for club.

The harsh truth is this; Pickford has struggled for Everton this season, while Henderson has been vital to Sheffield’s incredible run. The cut-throat nature of international football can be cruel, though it’s something far more successful nations have employed, and it’s time we do the same.

Trent’s reputation has gone from strength-to-strength and Wan-Bissakka has enjoyed a stellar first season since moving to United. This is arguably one of the toughest positions to choose and should be completely dependent on opponents.

There’s no better attacking right back in the world than Trent, though there’s still question marks over his defensive consistency. At the opposite end of the spectrum, Wan-Bissaka’s final ball leaves a lot to be desired, but his ability when defending one-on-one is second-to-none.

Trent is perfect for the games we know we’re likely to dominate possession, while the United defender is probably the more sensible option against tougher opposition.

Maguire was one of the standout performers at the World Cup, offering a commanding presence that the squad has been lacking for years. His ability to carry the ball forward has become a vital part of Southgate’s plans too.

While one half of our centre back pairings seems solved, this second spot is still up for grabs. If he can stay fit, Gomez is a classy defender who could fill that position for the next decade if his current form is anything to go by.

Chilwell has been integral to Leicester’s impressive year and there’s no surprise he’s being touted for a big-money move to City. While he offers solid enough defensive capabilities, it’s his ability in the final third that takes his game to the next level.

The Liverpool man’s ability to do the simple things very well was a massive part of our World Cup success. Having someone with that level head gives us some much-needed balance to keep things ticking over.

Another that isn’t the most glamorous choice but someone who should allow those in front of him to flourish. Against lesser opposition the likes of Oxlade Chamberlain, Maddison or Grealish shift us to a far more attacking lineup.

Grealish’s stock has shot up this season and if we’re talking about players in form, few English players come close.

His ability to ghost past players, combined with a growing physical side to his game means he’s done more than enough to warrant that starting spot. We’ve seen Grealish stand up and be counted in club colours time and time again, it’s time to give him a chance on the international stage.

Fresh from his finest season in a red shirt, it’s become clear that Rashford’s best position is cutting in from the left of a front three. His pace and ability to make things happen from nothing is vital to our attacking threat.

He’s incredibly unfortunate to have picked up a nasty injury, a completely avoidable one at that, though the United man should just about be fine for the summer.

Obviously we don’t need to justify why Harry Kane is always going to be the first name on the team sheet for Southgate. We’re blessed with one of the most effective strikers in world football and are perhaps a little guilty of being over reliant on his goals.

England fans everywhere will be praying that the captain will make it back in time for the summer.

We’ll be the first to admit that Sterling’s best position is probably playing from the left – but there’s no doubting his ability to perform on the opposite wing. Sancho is unfortunate to miss out here, though if things aren’t going our way few teams have a better man to turn to.