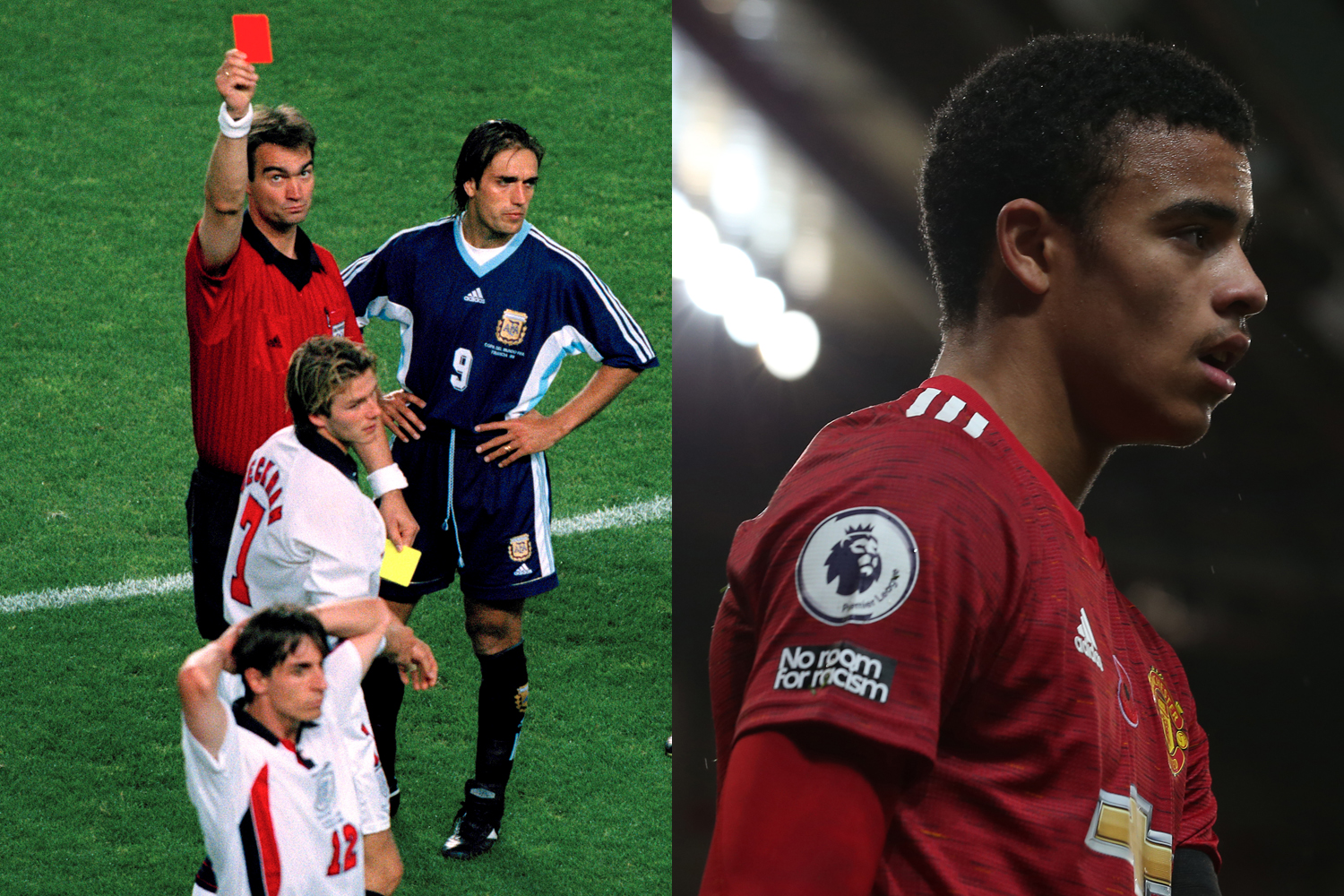 Doing as much as physically possible to ruin our most promising talent is hardly a new phenomenon in Britain, the dedication to negative media attention is as bizarre as it is unfair.

The infamous fallout from David Beckham’s red card against Argentina, which saw tabloids print effigies and dartboards featuring his face, signalled a new low and ushered in an era of reporting that destroyed the line of what was considered public interest.

Down the years we’ve seen it unjustifiably happen to a growing list of players, often to our most promising homegrown talents. Raheem Sterling not so long ago was forced to speak out about the unwarranted attention he was receiving and now it’s becoming clear that Mason Greenwood has been chosen as the new media scapegoat.

Did he mess up when it came to the incident in Iceland? Of course he did, and he was rightfully punished for it. Has Phil Foden faced the same level of fallout? Not even close. Two months on, the negative headlines are only focused on one of the two youngsters. We’ll let you decide for yourself on why that might be.

Now we have stories emerging every other day, backed by so-called ‘anonymous sources’, somehow knowing how Greenwood is performing in training, how much he’s sleeping and what he’s doing in his spare time – as Gary Neville summed it up back in September, it’s all extremely uncomfortable.

?"At what point do we feel uncomfortable with things where you feel like someone is being victimised, I feel like this mornings story off the back of last week, what's that going to do this morning to help that boy, it was a step too far for me!" @GNev2 on Mason Greenwood pic.twitter.com/454Qv2wACS

The reality is in this case, we’re talking about a 19-year-old kid, albeit an impossibly talented one. These stories don’t come close to falling into public interest and shouldn’t hold any place in sport reporting.

Perhaps it’s somewhat hypocritical, as we fall very much into the category of sports media, but we’ll be the first to call for this kind of harmful, invasive and outright dangerous demonising to come to an abrupt end.

This isn’t commentary on someone not performing on the pitch, it’s largely unconfirmed hearsay of what’s going on in the personal life of someone who hasn’t even hit 20.