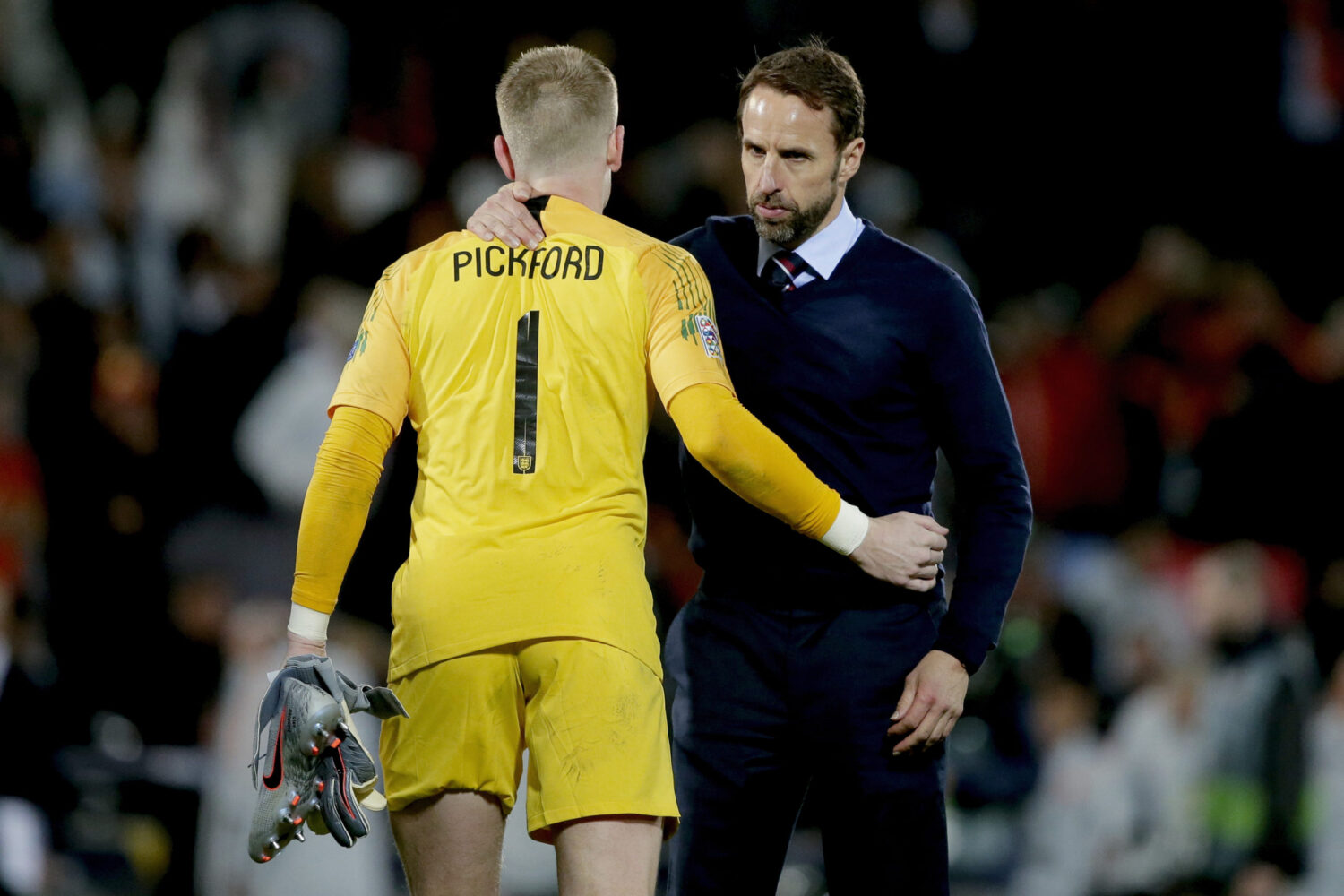 Euro 2020 is just around the corner (possibly) and England Manager Gareth Southgate has some tricky decisions to make. Injuries up front could mean a surprise call-up for Jamie Vardy or Danny Ings while James Maddison and Jack Grealish are both deserving of a spot in the squad.

However, Southgate’s biggest decision, as ever, could be who he chooses as his number one. Jordan Pickford, Dean Henderson and even Nick Pope have given the gaffer a selection headache.

Pickford has faced extra scrutiny with the tournament looming. There’s no doubting his shot-stopping ability but this season hasn’t been without its mistakes. With just six clean sheets and 46 goals conceded in 29 appearances, the 26-year-old isn’t guaranteed a starting spot.

In comparison, Henderson has managed to pick up 10 clean sheets with newly-promoted Sheffield United, conceding 26 fewer goals. Pope leads the way in the Premier League with 11 clean sheets and the former Charlton man has also conceded fewer than Pickford.

Both Pope and Henderson have excelled over the course of the season, as Burnley and Sheffield United look to cement a top half finish, which very few would have predicted. All three will feel they’re worthy of that spot at the Euros.

Henderson has extra incentive with his parent club closely watching his progress as they scope out their long-term replacement for David De Gea.

All three goalkeepers offer different qualities for the England manager to ponder over the coming weeks. From the big game experience of Pickford to the incredible form of Henderson.

Pickford of course boasts major tournament experience. His heroics in the penalty shootout against Columbia, combined with a generally solid World Cup could go a long way.

Henderson has also had tournament experience with England. His Under-20 side won the World Cup back in 2017. Both will add qualities to the dressing room for Southgate as they look to go a couple of steps further than the World Cup two years ago.

Any England number one is always going to face higher levels of questioning, though Pickford’s drop in form is evident. This season he has made three errors leading directly with goals.

Southgate has a tricky task on his hands, should the tournament go ahead, on whether he sticks by Pickford or looks elsewhere based on this season’s form.