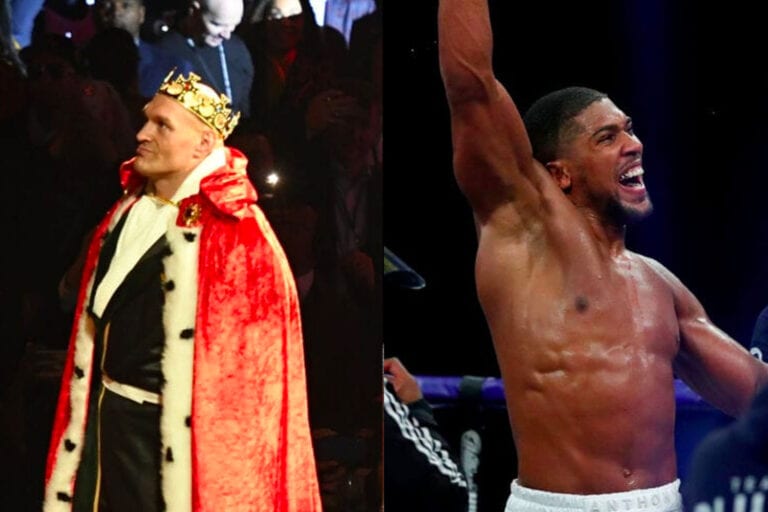 Anthony Joshua has called Tyson Fury a ‘fraud’ as their unification fight looks set to be off, for now.

Fury and Joshua were expected to fight this summer on August 14 in Saudi Arabia, with Joshua’s promoter Eddie Hearn describing it as “a done deal” on Monday.

But news broke later that day, that a US judge ruled in mediation that Fury must fight Deontay Wilder this summer instead.

Fury’s US promoter Bob Arum said that the ruling would be honoured, and Allegiant Stadium in Las Vegas has been reserved for July 24.

Arum told ESPN: “We’re not paying Wilder to step aside. It’s better to get rid of him and go about our business. We can make the Fury-Joshua fight for November or December.”

And the 31-year-old has hit out at Fury on social media, brandishing him a fraud and claiming that he has “let boxing down”.

Tagging Fury in the tweet, he wrote: “The world now sees you for the fraud you are.

“You’ve let boxing down! You lied to the fans and led them on. Used my name for clout not a fight.

“Bring me any championship fighter who can handle their business correctly.”

That then sparked a social media exchange between the pair, with Fury offering to take on Joshua in a bare knuckle fight this weekend for 20 million each.

The back and forth then continued, with Fury labelling Joshua a “dosser” before adding: “I’ll smoke Wilder first then you will get yours as well.”

As of last night, Joshua was given 48 hours to prove that his fight against Fury could go ahead before a bout against Usyk is ordered – so we’ll likely hear plenty more updates over the coming days.