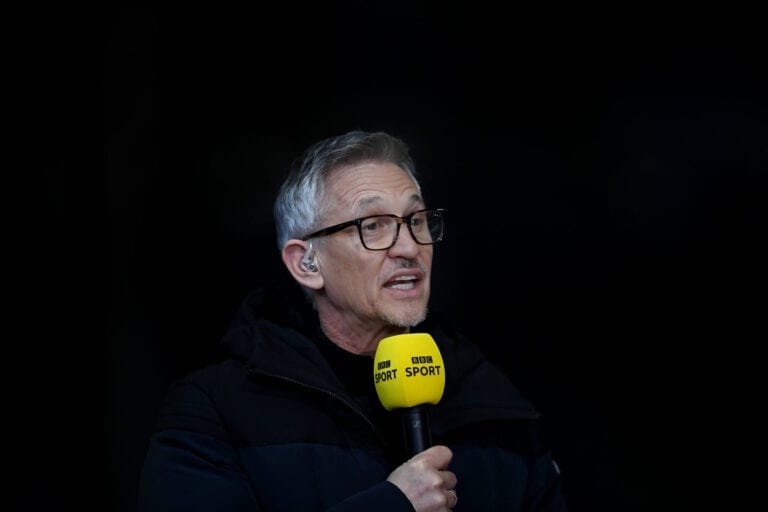 Kane has been linked with a move away from Tottenham this summer, and told The Overlap with Gary Neville that he needed an “honest conversation” with Spurs chairman Daniel Levy over his future.

He won his third Golden Boot after scoring 24 Premier League goals this season, but has yet to win a team trophy throughout his professional career.

City have won 16 trophies since being taken over by the Abu Dhabi Group in 2008, whilst PSG have won the French domestic quadruple on four occasions since their takeover in 2011.

City are also searching for a replacement for Sergio Aguero, who will leave the club upon the expiry of his contract in June and join Barcelona.

A move to PSG, meanwhile, would see Kane reunite with former Spurs boss Mauricio Pochettino. The Argentinian is currently in charge of the French giants.

Spurs legend Lineker believes Kane could sign for any one of City, PSG or United.

However, he says he doesn’t think the 27-year-old would make the move to London rivals Chelsea.

He told Goal: “I think it is between Manchester City, Manchester United and maybe PSG. They have Pochettino and he would win things, guaranteed.

“I think it is more likely that one of the Manchester clubs can afford him outside of Chelsea. I don’t think he would go to Chelsea and do that to the Tottenham fans, but who knows.”

“I don’t think even the Tottenham fans would begrudge him moving now,” he continued.

“He has given the club everything for a long time. They’ve not won anything with him, which is a shame, and it is a tough time for Tottenham.

“They are managerless in the realist sense of the world and could well lose their best player.

“For Harry, he needs to go and he wants to compete for major trophies, who wouldn’t? I was in a similar position myself at Leicester.

“I was in the team at the club I supported all my life, but there comes a point where you have to put your career first.”