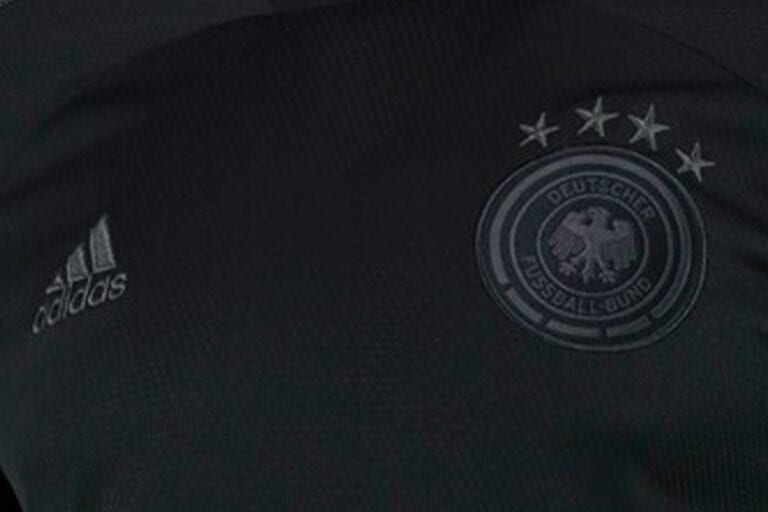 Germany and adidas have unveiled a picturesque new away shirt that will be used during Euro 2020.

The shirt features a black/carbon colour scheme, with the colours of the German flag represented at the base of the sleeves.

The national flag is also positioned on the back of the shirt.

It has been created using lightweight fabric and adidas’s patented AEROREADY technology.

Take a look at the painfully sleek drop below.

Joachim Low‘s side face a busy international schedule this summer – one which sees them take part in several World Cup qualifiers before Euro 2020 begins in June.

Germany face a difficult group in their task to bounce back from group stage elimination in the 2018 World Cup.

Group F contains tthemselves, World Cup winners France and Euro 2016 victors Portugal, as well as Hungary. A maximum of three teams from those four can qualify for the round of 16 phase. The third place progression is dependent on results compared to third-placed teams in other groups.

Prior to that tournament, they face several assignments in March. Low’s men take on Iceland, Romania and North Macedonia in the quest to qualify for the next World Cup in Qatar.

They also have a pre-Euro 2020 friendly scheduled against Latvia in June.

adidas have collaborated with teams on several other kits, with the away strips for Spain, Sweden and Belgium all unveiled today.

The shirt is set to be released on March 31. You can grab yours here.