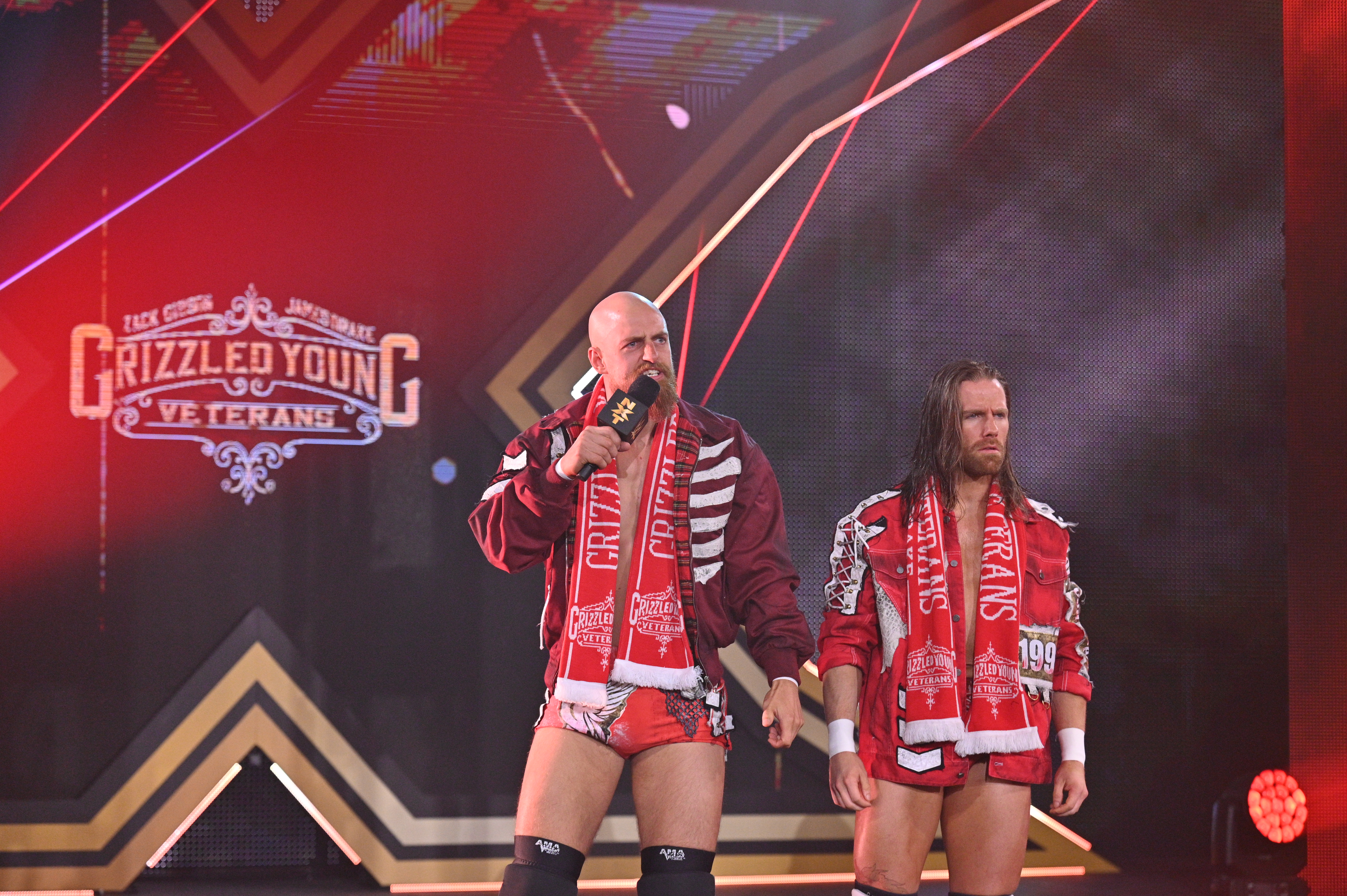 NXT stars Grizzled Young Veterans are no stranger to football chants within wrestling, and Zack Gibson and James Drake aren’t letting being on the other side of the pond dampen their Euros spirit.

GYV sat down with Inside The Ropes‘ Kenny McIntosh to preview England’s clash with Germany, but first reflected on England’s only match of the tournament that hasn’t resulted in a win – their group stage clash with Scotland.

Zack Gibson drew comparisons between the match and his own wrestling career.

“If there’s one thing I’m used to, it’s fans from within the UK overreacting to things at my expense. I’m more than used to it. It’s weird being over here ’cause there’s a little bit of a disconnect.

“You know, I watched the game outside Gator’s Bar on Lake Baldwin absolutely sweating my box off because it was boiling hot and I had to sit outside because I had my dog with me and I’m watching it at 3pm or something like that in a big sports bar where absolutely nobody else was watching it. They were all watching basketball or all the other sports around the different screens.

“I had to request it several times. So we don’t necessarily see the feedback as much as you would if we were actually still over in the UK. Instead, we just get some side glances from people that don’t understand that what we’re watching football, not their hand-egg rip-off.”

Liverpool-mad Gibson noted how the football culture comes through, particularly with NXT UK.

“It just is what it is. I think it’s one of the things that’s so unique about about football culture. That’s what makes the UK wrestling fans so unique as well. That comes through with the NXT UK product. It’s such a big part of football just ripping into each other, having a laugh at each other’s expense. If you took that away from football, then it would be as fun as it is.” 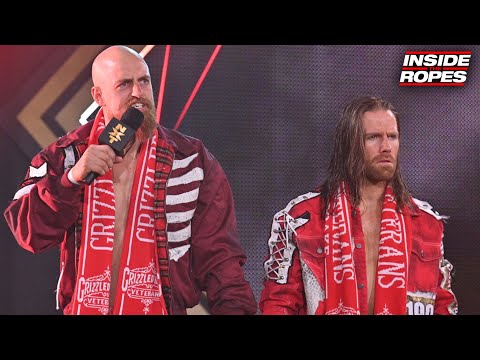 As for England vs. Germany, neither Drake nor Gibson were prepared to concede defeat.

James Drake: “It has to be England. Come on! Imagine if I went, ‘Germany.'”

Zack Gibson: “But I can see it happening. I think the young team are all very optimistic about their chances. I think that Germany’s probably the most difficult fixture that we’re going to face on this side of the bracket. If we can get through Germany, then things are looking quite good for our chances all in but I can also see it being 1-0.

“Something about this team just doesn’t scream dominant performances, 3-0, 4-0. I don’t know if that’s happening. I can see another 1-0 victory but they’re keeping some clean sheets, they’re playing strong at the back so hopefully, hopefully we can keep this little run of squeezing out some marginal victories. I’ll take it. If that’s all we get, I’ll take it.”

Looking ahead to his beloved Liverpool, Gibson was equally optimistic about next season.

“I’d like to think we’re going to place right back up top again. You know, this was the one of the more difficult seasons in recent memory due to all of the injuries that came in and the high expectations coming off the back of our best season that we’ve had in 30-odd years.

“A lot of fans were very unhappy midway through the season when things were slipping and cracks were appearing, but with hindsight being 20-20, when you can now take that step back and look back on it, I think it’s difficult to say that that was a bad season given everything that happened, given all of the high profile injuries that we had to work around, all of these extra things happened and we still managed to finish strong. Still managed to qualify for all of the major competitions.

“If we can do that with all of these setbacks, then a full-health team coming in 100 percent, I think we’re going to be just as unstoppable as we were two years ago. That’s the hope anyway. And that’s what we’re still going to believe as we go into next season.”

You can watch Grizzled Young Veterans in action on WWE NXT every Tuesday night live on the USA Network in the USA, or via BT Sport in the UK.