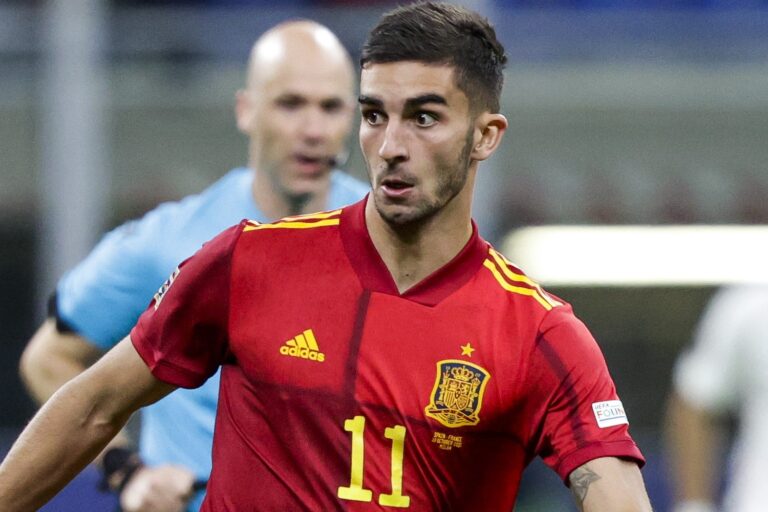 Manchester City manager Pep Guardiola has confirmed that Ferran Torres could miss up to three months due to an injury sustained on international duty.

There’s always a risk associated with players heading overseas to represent their country with many club coaches holding their breath and hoping for the best for the better part of two weeks. City, in particular, have a string of stars that play on the international stage with Ferran Torres being one of them.

The 21-year-old picked up a foot injury during Spain’s win over Italy but was deemed to be fit enough to feature just days late against France. Now, as revealed by Guardiola, it may be quite some time before we see him back on the pitch for City.

A big blow for Pep

“The injuries can happen here, at home, the national teams. It happens. I know perfectly the manager from Spain, Luis Enrique, he treats Ferran as best as possible, doesn’t want him to get injured. They try to take care, sometimes it happens. It happened with Kevin and Belgium and Phil with England. Would be better not to but it happens. We move forward, send him to Spain for a few weeks, and when he comes back recovers after two or three months try to be ready.”

Serious injury for Ferrán Torres, Pep Guardiola announces: “Ferrán will be out for two and a half months, or maybe three months. It’s broken metatarsal”. ??? #MCFC #ManCity

It’s been described as a “small fracture” and as Torres’ recovery begins, the task at hand for Manchester City is to get past Burnley tomorrow afternoon and continue piling on the pressure for title rivals Liverpool and Chelsea.