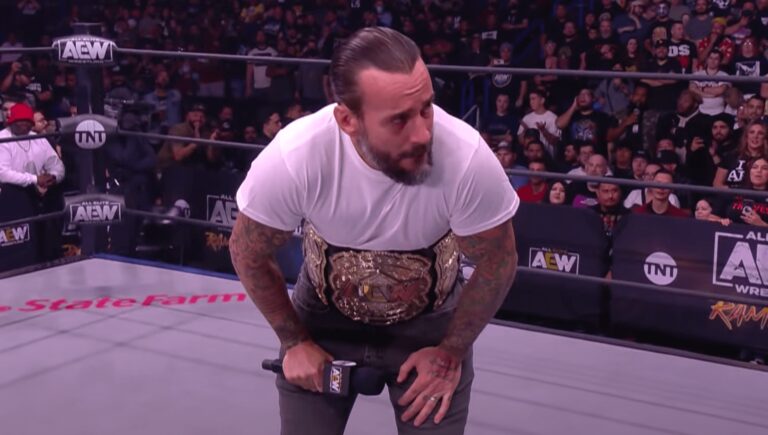 CM Punk shocked AEW fans when he announced on the latest edition of Rampage that he has an injury and requires surgery.

The 43-year-old won the AEW World Championship at the Double or Nothing live event on May 29. He defeated ‘Hangman’ Adam Page, ending his reign of over six months.

It was Punk’s first world title since leaving WWE in 2014. The last world title he won was the WWE Championship in 2012. He went on to hold that title for 434 days – a modern era (post-1988) record in WWE until it was beaten by Brock Lesnar‘s Universal Championship reign.

Punk caught Page and delivered his signature Go To Sleep finishing move to record a famous victory. The crowd went wild in celebration of one of the most popular wrestlers of the century.

However, just five days on, Punk made an announcement that brought AEW fans crashing down to earth.

CM Punk announces he is injured

On the most recent edition of Rampage, the 43-year-old announced that he is injured, and requires surgery.

Neither AEW nor Punk have stated what the injury is, or its extent. However, the reigning champion did state that “a couple of things are broken, and the biggest one is my heart”.

After Punk’s announcement, fans immediately wondered what was next for the company’s biggest championship.

During his promo, CM Punk announced that he would be vacating the AEW World Championship.

He did say he had “felt a hell of a lot worse” in the past than he currently does, but his injury is clearly severe enough to force him to take some time away from wrestling.

The 43-year-old then reeled off a list of names that could “fill [his] shoes” whilst he was away, namely Bryan Danielson and Jon Moxley.

However, AEW later announced that Punk had not vacated the title. Instead, the company will name an Interim AEW World Champion, presumably taking on the ‘Best in the World’ when he makes his comeback.

What will AEW do next after CM Punk injury?

After the injury announcement by CM Punk, AEW have confirmed their future plans for the AEW World Championship.

Whilst it appears Punk will hold on to the belt whilst he is away for surgery, the company will name an Interim AEW World Champion in the meantime.

Jon Moxley is currently the number one contender for the championship. At the upcoming Forbidden Door live event, the former WWE star will take on the winner of a Battle Royale, which will take place on the forthcoming edition of Dynamite. The winner of that match will become the Interim AEW World Champion.

Punk’s injury also puts question marks over plans to have New Japan Pro Wrestling star Hiroshi Tanahashi. The Japanese wrestler was due to face the ‘Best in the World’ in a match at Forbidden Door. It is unclear whether he will take on a different opponent or simply not participate in the event.