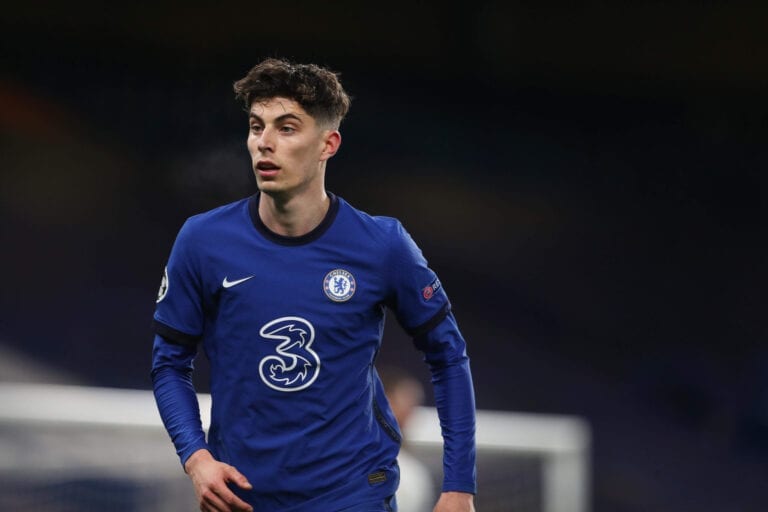 Chelsea midfielder Kai Havertz has explained that it took him two months to return to full fitness after testing positive for COVID-19.

The German international received the positive test in early November and was forced to self-isolate, missing three games in the process.

Now, Havertz has opened up about his symptoms and recovery from the virus.

He explained: “It was very hard for me and it took me three or four weeks to get well, and after that I didn’t feel 100 per cent either.

“To be 100 per cent I think it took me two months, or something like that, so it was very hard.

“It was a big sickness. I smelt nothing. I tasted nothing and I just lay the whole day in the bed, and had back pain.

“Hopefully I will not get it again.”

Havertz returned to the Chelsea squad in late November and after two substitute appearances, would go on to start five matches in a row.

He told BBC back in December that the virus hit him “very hard“.

In recent weeks, the 21-year-old has played some of his best football of the season as Chelsea have progressed to two major finals.

He scored twice in a 2-0 victory against Fulham in the Premier League, before putting in a strong performance against Real Madrid in the Champions League semi-final second leg, which the Blues won.

The German could be part of the Chelsea starting XI for the FA Cup final on Saturday.

The Blues take on Leicester City at Wembley in what will be Thomas Tuchel’s first major final as Chelsea boss.

He replaced Frank Lampard, the manager in charge when Havertz’s £71 million move from Bayer Leverkusen was completed last summer.

Havertz has made 42 appearances in all competitions this season, scoring eight goals.

Havertz produced a moment of peak sh*thousery against Madrid

How Tuchel’s reshuffle has revitalised Chelsea

Thomas Tuchel made history in last night’s victory over Everton

Havertz produced a moment of peak sh*thousery against Madrid

How Tuchel’s reshuffle has revitalised Chelsea

Thomas Tuchel made history in last night’s victory over Everton