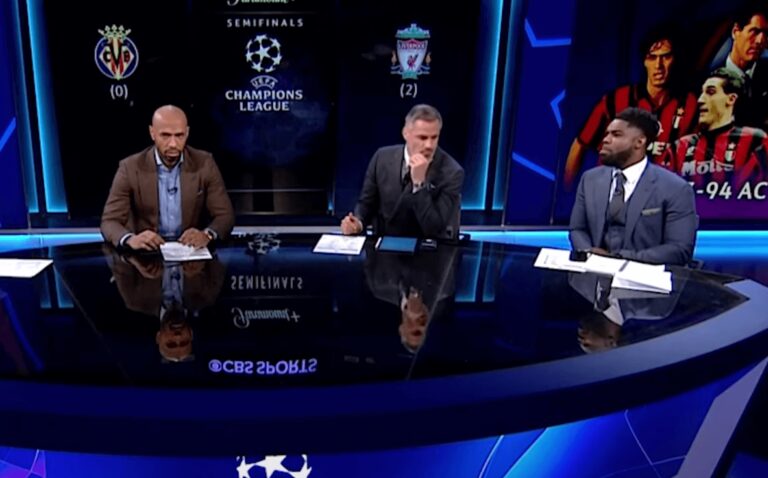 Thierry Henry, Jamie Carragher and Micah Richards made their choices of which teams they feel are the best Champions League teams of all time.

The Champions League is the pinnacle of club football. Teams from across Europe compete for the coveted trophy, with some making history in the process.

We have witnessed some brilliant teams win this competition over the years. Real Madrid have won the Champions League a remarkable 13 times since it was created.

Los Blancos won the European Cup five times in a row from its inception in 1956 to 1961.

The only side other than Real Madrid to win the European Cup three times in a row was Ajax from 1971 to 1974.

1995 was the last time Ajax won the competition. But what a side it was.

Edwin van der Sar and Clarence Seedorf were among Louis van Gaal’s players when the Dutch side faced an AC Milan side that featured Paolo Maldini and Marcel Desailly.

Patrick Kluivert scored the winning goal in the final in Vienna, cementing van Gaal’s squad as one of the greatest to have ever won the tournament.

On CBS Sports, Thierry Henry, Jamie Carragher and Micah Richards were tasked with selecting their top five best Champions League-winning teams. Despite differing in some of their choices, all three agreed on their number one.

They all felt that Pep Guardiola’s 2008/09 Barcelona team is the greatest side to have ever won the Champions League. This is the team that swept Premier League champions Manchester United aside at Wembley and featured the likes of Xavi, Andres Iniesta, Lionel Messi and Henry himself.

Messi and Samuel Eto’o scored the goals to seal a 2-0 win for Guardiola’s side in the final. Barcelona’s victory meant they earned the first-ever treble of La Liga, Copa del Rey and Champions League.

Meanwhile, all three pundits selected the 2017/18 Real Madrid side as their fourth choice. The year prior, Los Blancos became the first club to retain the Champions League, and in the 2017/18 season, they won it for the third consecutive time.

Richards’ second-best side catches the eye, as the former Manchester City player chose Manchester United’s 1998/99 side. This was the historic treble-winning side which featured legends such as Roy Keane, Paul Scholes and Peter Schmeichel.