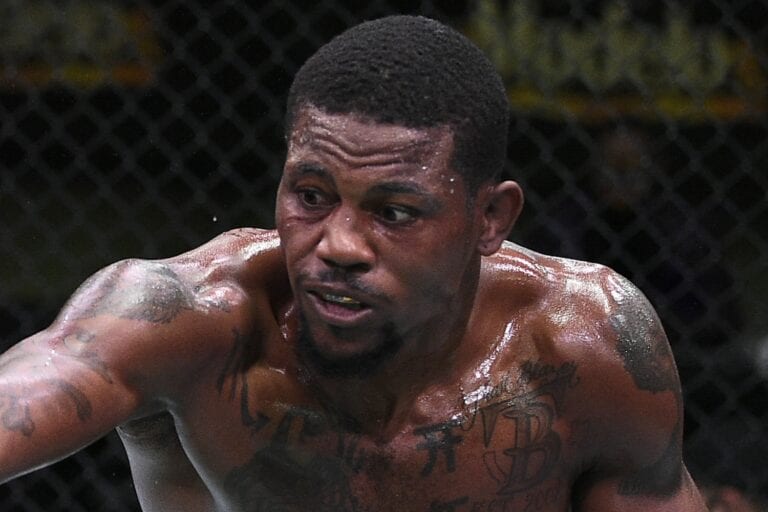 If you didn’t know Kevin Holland before, this video will help you understand why they call him ‘Big Mouth’.

The fascinating middleweight contender is set to compete this weekend in a huge main event against Derek Brunson in Las Vegas. It comes after Holland went an insane 5-0 in 2020 with wins over the likes of Joaquin Buckley, Darren Stewart and Ronaldo ‘Jacare’ Souza.

At the age of just 28 he’s already starting to look like a superstar and that’s not an overstatement. If he beats Brunson on Saturday, he could be just one or two victories away from a title shot.

But before all of that we think it’s time for fans to grasp why he’s such an entertaining guy to watch. With that in mind, sit back and enjoy some Kevin Holland excellence.

Hell, even when he lost to Thiago Santos he provided us with some laughs.

That’s the sort of competitor you’re going to get when the lights shine bright. Sure, a lot of folks don’t like trash talkers, but he can back it up in a big way – and he’s also not afraid to try and intimidate his opponent during the actual fight.

The big problem for Holland is that his next foe, Derek Brunson, has been there and seen it all before. From Anderson Silva to Israel Adesanya and beyond, he’s fought the best of the best.

The 37-year-old is also coming off the back of a brutal win over Edmen Shahbazyan, another fighter who many tipped for greatness.

There’s no guarantee of what’s going to happen when they lock that door at the UFC APEX tomorrow. What we do know, though, is that Holland won’t be keeping quiet.