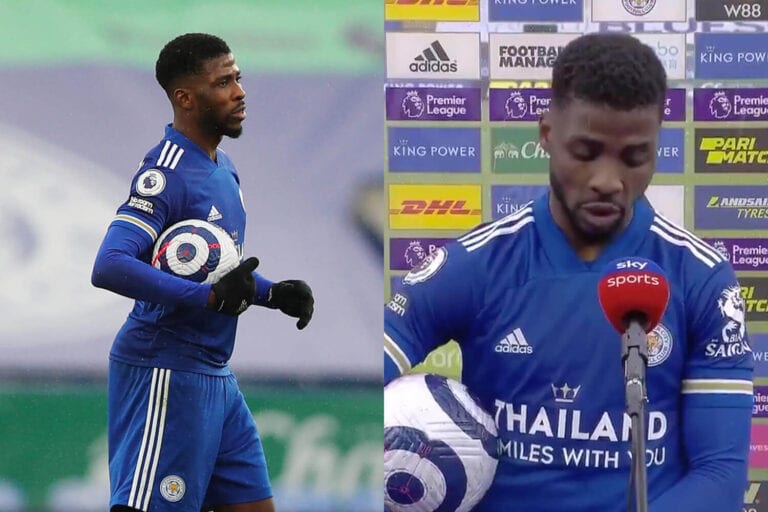 Iheanacho’s third strike came from outside of the box. His low effort beat Blades ‘keeper Aaron Ramsdale at his near post.

And with the game occurring on Mother’s Day, the Nigerian reserved a special few words for mothers in his post-match interview.

Speaking to Sky Sports, he said: “I’ve been working really hard for this day to come so I’m really grateful to God.

“I’m really happy for this day.

“I’m going to use this opportunity to dedicate this hat-trick to all the mothers in the world.

“I wish them a happy Mother’s Day.”

Iheanacho’s mother, Mercy, tragically passed away at the age of 43 when he was just 14.

Brendan Rodgers’s side extended the gap to fifth place in the Premier League to eight points with victory at the King Power Stadium.

West Ham were unable to close that difference later on when they suffered a 1-0 defeat to Manchester United. However, they do still have a game in hand on the Foxes.

Ayoze Perez scored Leicester’s second goal of the afternoon. Ethan Ampadu’s own goal later made it five and added further misery to the scoreline for Sheffield United.

The Blades sit in 20th position and 12 points off safety. Paul Heckingbottom took charge of the side until the end of the season on Saturday, replacing the departing Chris Wilder.