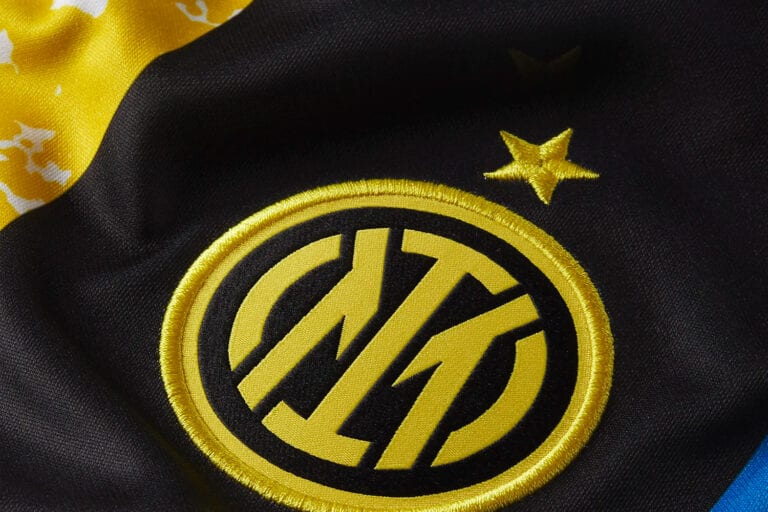 Along with their much-talked-about new crest, Inter Milan have released what will surely be an equally as opinion-splitting fourth shirt.

Featuring a mashup of the club’s shirts of seasons gone by, the latest drop becomes the first to feature the new identity.

Lashing of stripes, geometric shapes and colours will no doubt make this much more of a Marmite kit than previous Inter strips that generally speaking, are usually widely agreed to be pretty flawless in terms of design.

The new shirt comes as part of the I M Collection, which celebrates the club’s values of inclusiveness and brotherhood.

“The aesthetics of the new kit is inspired by the visionary attitude of one of the club’s founders, the futurist artist Giorgio Muggiani, and recalls a vocation for inclusion, the same one that has always made Milan the most “international” city in Italy and guides Inter and Nike Football to make a difference every day, on and off the pitch, to bring about positive change not only in football but in sport in general.” The club website reads.

The first jersey featuring our new logo gives shape to our story. Be inspired by our city.

The new shirt is available to buy now on the Nike website, and will be available to use on FIFA 21 Ultimate Team from April 10.