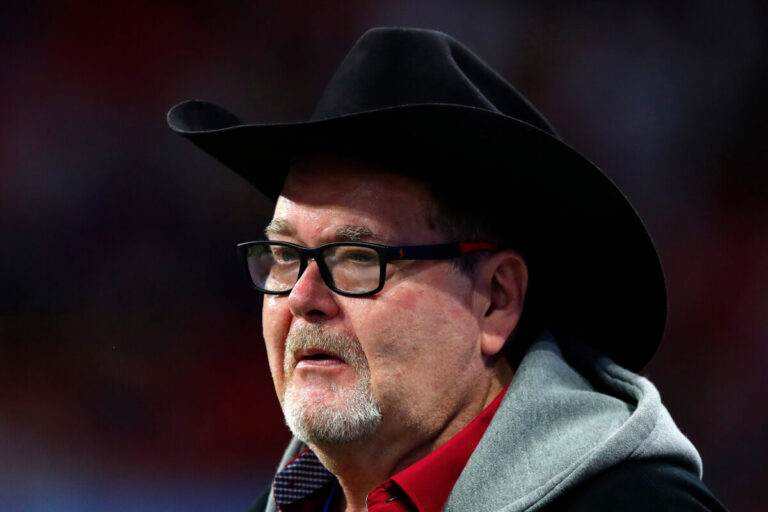 ‘Stone Cold’ Steve Austin is making a return to the wrestling world at WrestleMania 38.

After Kevin Owens called the Texan out, Austin will confront Owens on ‘The KO Show’ to deliver “one last can of whoop a**”.

The confrontation will occur on WrestleMania Saturday, although exact details of what may happen are unknown. Speculation as to whether Owens and Austin will wrestle has circulated.

WWE fans are very excited about Austin’s decision to return to WrestleMania.

When was Steve Austin’s last match?

If Austin does decide to have one last match, it will be the first time he has competed in the WWE for 19 years. His final match came all the way back in 2003. He lost to Dwayne ‘The Rock’ Johnson at Wrestlemania XIX.

Several severe injuries forced ‘Stone Cold’ to retire at just 38 years old. His health plagued him throughout his wrestling career.

The most troubling came in 1997. Following a botched piledriver by Owen Hart, Austin sustained serious nerve damage, resulting in temporary paralysis. In an interview (via Pro Wrestling Stories), ‘ Stone Cold’ revealed that he could not feel his fingers for part of the match afterwards.

Austin made his return later in the same year and went from strength to strength. He became one of the leading figures of the infamous Attitude Era. He beat The Rock at two separate WrestleMania events before ultimately losing out in his last fight to Johnson.

Now, after 19 years, ‘Stone Cold’ is returning to the party – even if it may well be in a non-wrestling capacity.

Austin’s close friend, legendary WWE commentator Jim Ross, is unsure about the return. He believes that fans expecting a wrestling match between Steve Austin and Kevin Owens may be disappointed.

“If he was going to wrestle at Wrestlemania, I would suggest that it should have been decided six months ago,” he said. “Not only to build a story to that crescendo in Dallas at WrestleMania, but to give him time to train better.”

“I don’t have a lot of optimism for it. I don’t want to be a negative nelly, but he’s not going to do it unless he thinks he can pull it off as something perfect, and I don’t know that he can do that, even in my mind or his mind with only a few weeks to prepare.”

Austin’s friend gave some insight into Stone Cold’s mindset on the confrontation.

“He doesn’t like surprises. He likes to prepare, and, if anything, over prepare because he always wants to give the fans their money’s worth.

“He’s got a legacy that he’s built around the ‘Stone Cold’ brand that he’s not going to purposely make look bad, and I don’t blame him.”

The reservations of Jim Ross suggest that Stone Cold may not fully return to the ring in a wrestling capacity. Nevertheless, his acceptance of an invitation to Wrestlemania is a popular nostalgia trip for fans to enjoy.