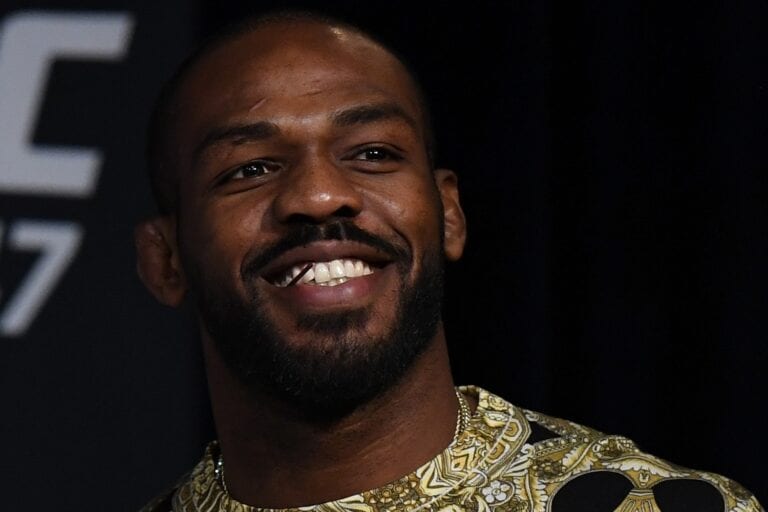 Jon Jones has hinted that “something big” is coming as fans continue to await his return to the octagon.

The former UFC light heavyweight king hasn’t been seen inside the cage for over a year now since his controversial win over Dominick Reyes.

Ever since then he’s been outright declaring that he’d be moving up to heavyweight to go after the belt, only for financial disagreements between him and the promotion to get in the way of that.

Now, with Francis Ngannou being lined up to defend his newly-won belt against Derrick Lewis in August, Jones has been left on the outside looking in at the title picture.

According to the man himself, though, a big announcement could be right around the corner from the fighter many call the sport’s GOAT.

I’m about to give birth to something big, something out of the ordinary.

On a path that no man on this planet has ever walked. Can’t rush greatness pic.twitter.com/HT9DjFLlxj

“I’m about to give birth to something big, something out of the ordinary.” He wrote in on tweet.

“On a path that no man on this planet has ever walked. Can’t rush greatness” he shared via a picture in another.

Some believe it could be a sign he’s finally come to an agreement with the UFC, and that he’ll fight the Ngannou/Lewis 2 winner later this year. However, others still aren’t convinced any octagon comeback is imminent.

The Twitter feed of Jon Jones is a dangerous place to be, if only because there are so many contradictions on there. One day he’ll be hyping up a possible Ngannou showdown, and then the next he’ll be questioning the UFC’s payment structure and calling out Dana White.

White seems to be holding firm on his stance of moving forward without Jones, but if there’s enough of a fan backlash to this, ‘Bones’ may just get his way after all.

As per White, Ngannou vs Lewis 2 is being targeted for UFC 265 on August 7.