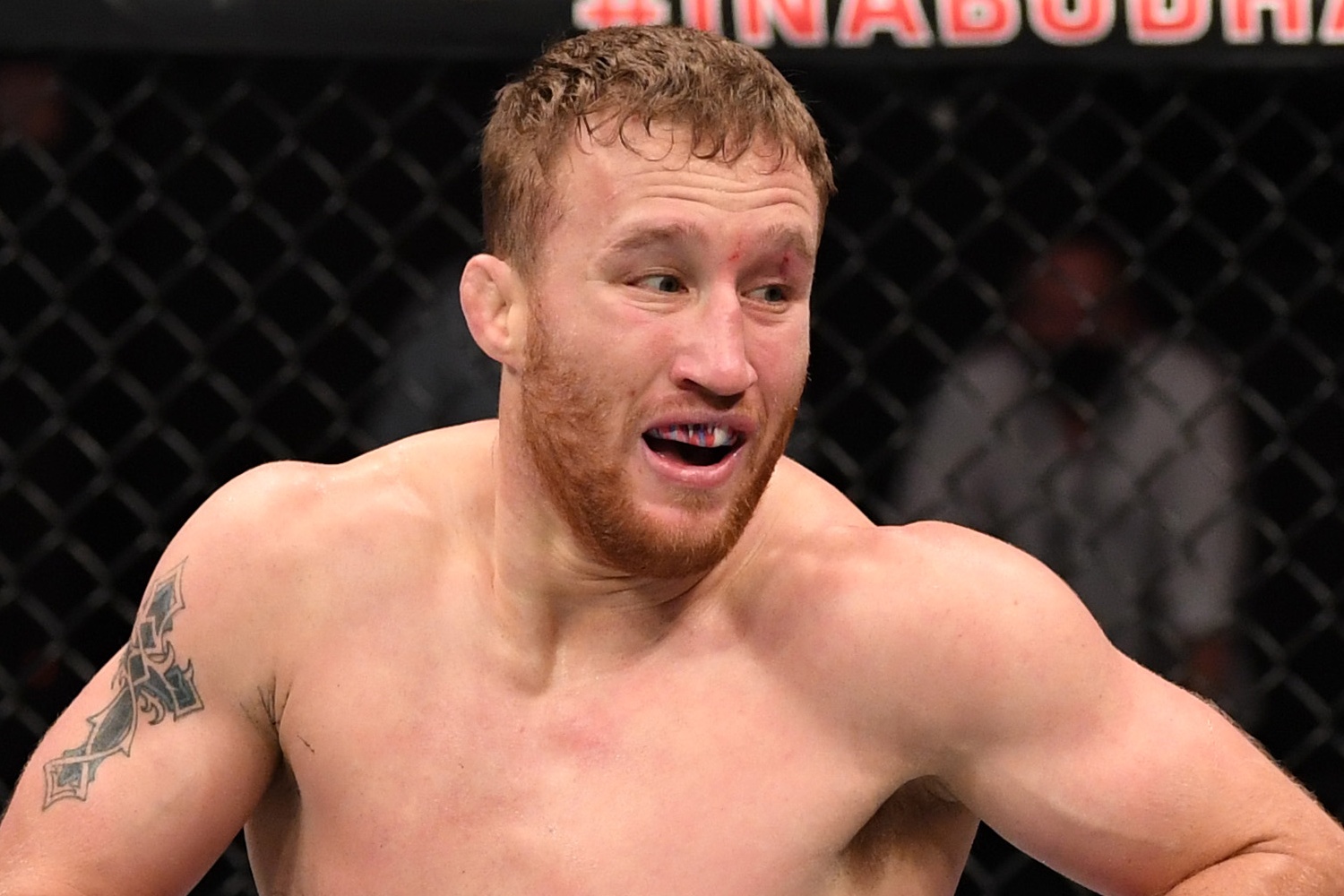 Justin Gaethje has denied rumours suggesting that he is thinking about retiring from mixed martial arts.

The UFC lightweight star last fought back at UFC 254 in October, losing via submission to former 155-pound king Khabib Nurmagomedov. It marked the end of an incredible run to a title shot for Gaethje who, once upon a time, was considered to be little more than just a ‘fun’ fighter – a foolish sentiment looking back.

Ever since then we’ve seen multiple lightweight match-ups being made in the top five after Khabib himself decided to retire from the sport. However, Gaethje hasn’t been part of that equation for the UFC.

Recently, a rumour reportedly started by one of Justin’s supposed “training partners” suggested that he may never return to MMA or the UFC. In response, Gaethje sent out the following message and made it clear that he still wants to pursue the top prize at lightweight.

This is straight BS. I’m far from done from chasing that high. I’m also guessing this dude fabricated this entire thing ? https://t.co/NVccYeRH0l

“This is straight BS. I’m far from done from chasing that high. I’m also guessing this dude fabricated this entire thing” He hit bacl.

The ‘leaked DMs’ from the training partner in question, which have now been deleted, said the following.

“He’s frustrated. UFC is denying him the fights he wants and he’s been discussing retirement. The Khabib loss took a lot out of him. The first few months especially were rough for him at the gym, it’s clear the loss changed him.”

Gaethje is one of the most exciting guys to ever walk through the door of the UFC and it doesn’t feel like that’s going to change anytime soon. Whether it be absolute wars or incredible knockouts, he’s going to give you the very best of himself every single time he steps foot into that octagon.

For now, all we can hope for is that he can come to some kind of arrangement with the UFC regarding his future.

The next big lightweight fight on the horizon will see Dustin Poirier square off against Conor McGregor in their highly anticipated trilogy fight on July 10.