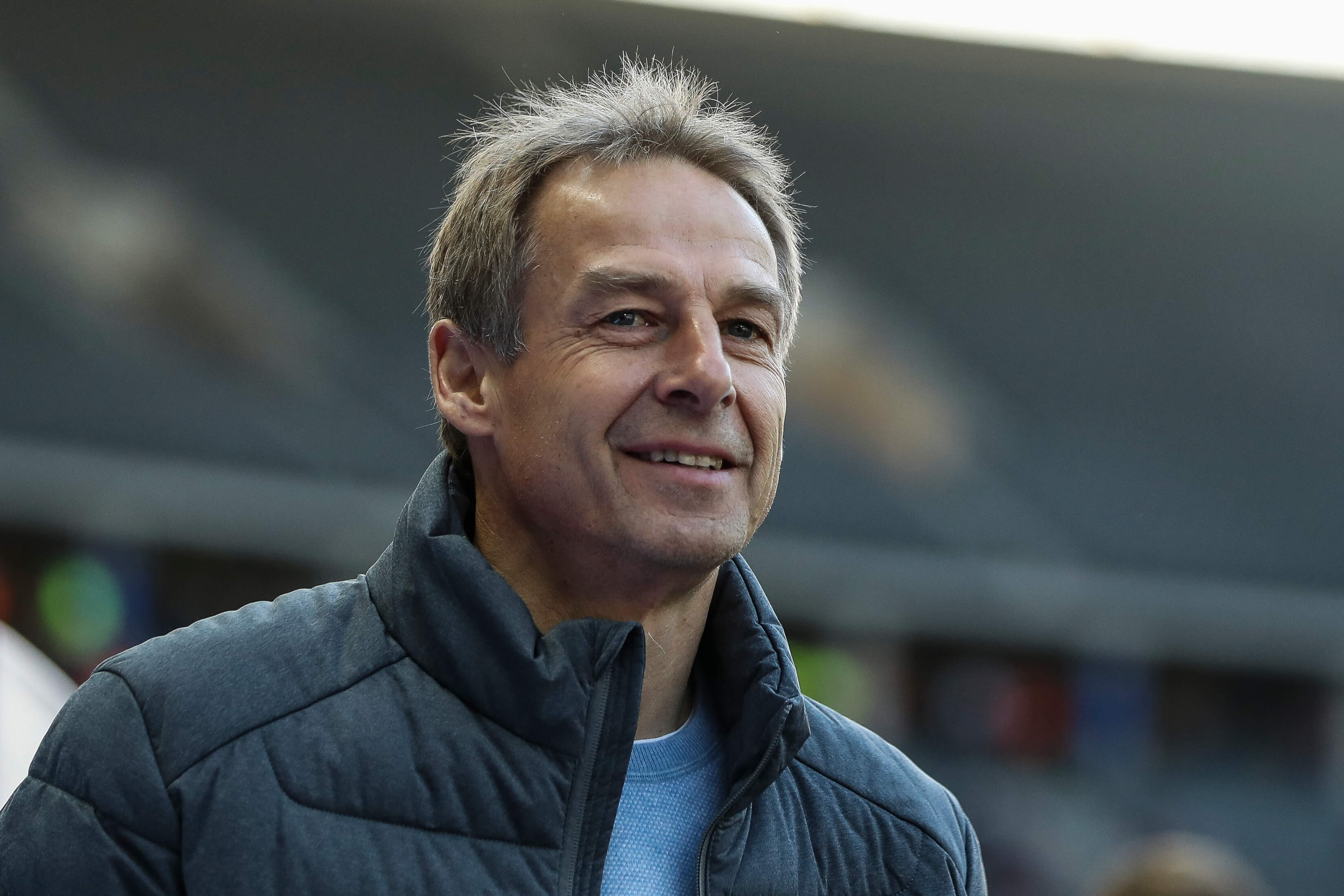 The two sides will face each other at Wembley Stadium at 5pm tomorrow.

England won Group D by amassing seven points from their three games, whilst Germany needed a late equaliser in their 2-2 draw against Hungary in their final group game to progress to the knockouts as Group F runners-up.

Joachim Low is managing in his final tournament as Germany boss after 15 years – meaning that if his side lose tomorrow, it will be the 61-year-old’s last game in charge.

The man he replaced back in 2006 was Klinsmann himself. The former Tottenham striker had managed his home nation at the 2006 World Cup, in which they hosted.

Germany reached the semi-finals on that occasion, losing 2-0 to Italy after extra-time at the Signal Iduna Park.

Who do Germany fear in the England side?

When asked by Alan Shearer for The Athletic about which players Germany are scared of ahead of tomorrow’s last 16 clash, Klinsmann replied: “You have Raheem Sterling, and you have Mason Mount.

“You now have Saka who played a good game against the Czech Republic.

“You have Phil Foden, who I really adore – I thought he had a brilliant year with Man City.

“You have Harry Maguire, who kind of frightens everybody when this guy rolls through midfield. He reminds me a bit of Lucio, the Brazilian centre-back – he looks like a Mustang running through everybody.

“And then you have this No 9 killer [Harry Kane] that hasn’t started the tournament yet.”

On Kane’s lack of goals in the tournament so far, he added: “I’m convinced that once Kane scores the first goal [he will score many more]. Hopefully not against Germany.”