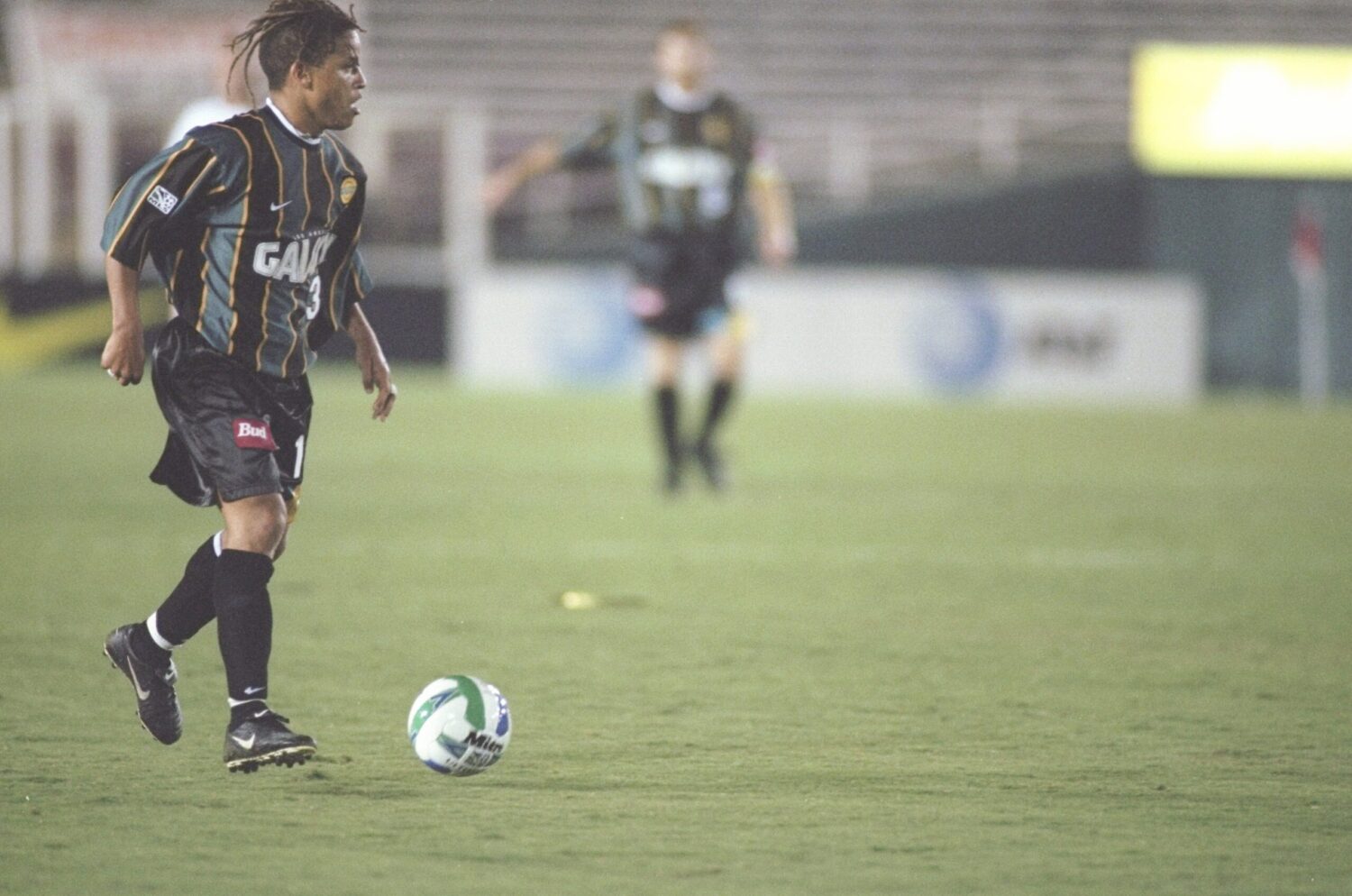 We’re confident in saying any retro-kit fans out there are going to be left salivating by this little beauty.

LA Galaxy have confirmed the release of their new 2021 ‘community’ kit. The connoisseurs among you will be quick to point out that it’s been inspired by their iconic 1997 effort.

The fact Adidas have played off of a Nike design is certainly a bold choice – but fans will be delighted to see the brands set their differences aside to ensure this phenomenal piece of work gets recreated in the modern day.

Galaxy first played in Major League Soccer back in 1996. Their first MLS Cup came in 2002, although they did manage to lift the Supporters’ Shield as early as 1998.

But we’ll put statistics to one side for now in favour of appreciating this gorgeous piece of material.

“We are excited to unveil the LA Galaxy Community Kit that will serve as our secondary kit for the next two seasons,” said LA Galaxy President Chris Klein. “We are the club of champions in the city of champions and this classic jersey design pays tribute to that.

What do you think of the new design? pic.twitter.com/YGp2F5YlJl

“We are proud of our history and hope our fans love the progressive spin on this retro-inspired kit.”

To this day Galaxy are still regarded as one of the biggest franchises in the United States. Yes, that’s probably courtesy of being five-time MLS Cup champions, but there’s no doubting a combination of David Beckham, Zlatan Ibrahimovic and that ‘97 kit has helped them along their way.

You can catch Galaxy in action when the 2021 MLS season begins in April.

You can also grab the new shirt here, should you wish.