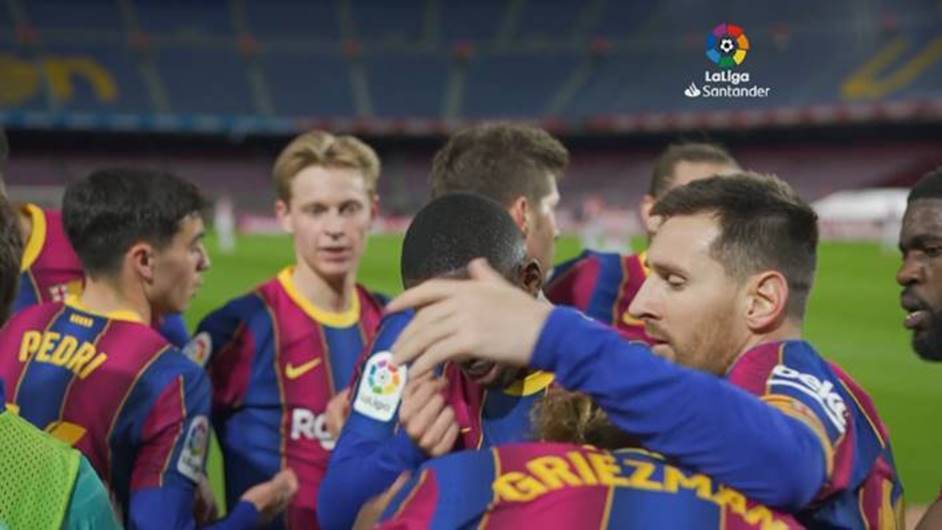 LaLiga could be on the verge of taking football coverage to a whole new level, after introducing cutting-edge ‘8k’ camera footage to its broadcasts.

The new piece of tech was present in Barcelona’s 2-1 victory over Athletic Club, and the footage captured using the camera will hopefully mark the next generation of sports broadcasting.

More similar to something you’d see in a film, LaLiga is the first major league to integrate the camera into a live broadcast.

Using a 35mm sensor, the mirrorless piece of kit captures an extremely shallow depth of field – which in much simpler terms, makes the focal point look much more cinematic, producing pictures like this…

The camera is normally used to record ‘extra’ content, things like players arriving at the stadium – but this, along with the Valencia vs CA Osasuna game on Matchday 19, marked the first time it had been used as an official camera to broadcast live match action.

Select LaLiga fixtures for the remainder of the season will also feature the groundbreaking coverage, which we can only hope becomes the norm sometime in the near future.

“At LaLiga, we are constantly researching cutting-edge innovations and technological solutions that allow us to offer the best aduiovisual product. To this end, we will continue developing and fine-tuning this new system to enhance the visual experience for our fans,” said Melcior Soler, Director of LaLiga’s Audiovisual Deparment.