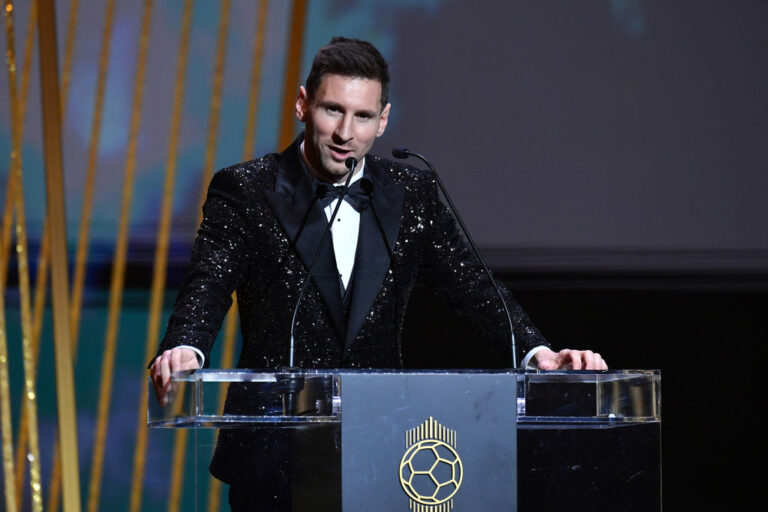 Paris Saint-Germain forward Lionel Messi has made his pick for the coveted 2022 Ballon d’Or.

Unfortunately, the Argentinian will not be picking up the award this year. Messi has had a subdued season in Ligue 1 compared to the mesmeric standards that he set himself at Barcelona.

Messi scored six goals and provided 14 assists in 26 league appearances this season. Although they are sensational numbers for most players, they are miles away from his 30-goal haul in the 2020/21 La Liga. Despite the diminished output from one of their stars, PSG cruised to their tenth Ligue 1 title.

In contrast, Les Parisiens floundered in the Champions League. After going 2-0 up on aggregate in the round of 16, PSG would blow their advantage in just minutes against Real Madrid.

A second-half, second-leg hat-trick from Karim Benzema flipped the tie on its head and eliminated the French giants in spectacular fashion. As a result, one of the pre-tournament favourites ended up out, and wondering what if.

So, Messi’s 2021/22 has been underwhelming, with some high and very low points. He definitely will not win the Ballon d’Or, but that will not stop Lionel Messi from picking who he believes should.

Some may be surprised that Messi did not pick his club teammate Kylian Mbappe, who has had another brilliant season. But Benzema has been a cut above the rest in 2021/22.

This season, the Real forward scored 44 goals in 46 appearances as Los Blancos picked up three trophies. Benzema helped Real to their 35th La Liga title with 27 goals and 12 assists. Additionally, the Spanish side’s run to Champions League glory was nothing short of incredible.

Madrid fought back from deficits in every knockout round except the final. Benzema chipped in 15 goals across the campaign – making him the Champions League top scorer. The Frenchman’s sensational impact on the big games was visible at every stage, as his goals fired Real to the final.

Benzema would truly be a worthy Ballon d’Or winner and has a seven-time winner of the award to support his case.

Earlier in the year, the Argentinian maestro received heavy criticism from members of the press for his poor performances. Benzema, despite once being rivals with the former Barcelona man, leapt to the defence of Messi.

He slammed those who criticised the forward, saying: “Somebody who criticises Messi doesn’t understand anything about football.”

These former adversaries clearly possess mutual respect, appreciating the other’s incredible talent. In Karim Benzema’s case, he will hope that the voting jury for the 2022 Ballon d’Or shares the same admiration for his success as Lionel Messi.