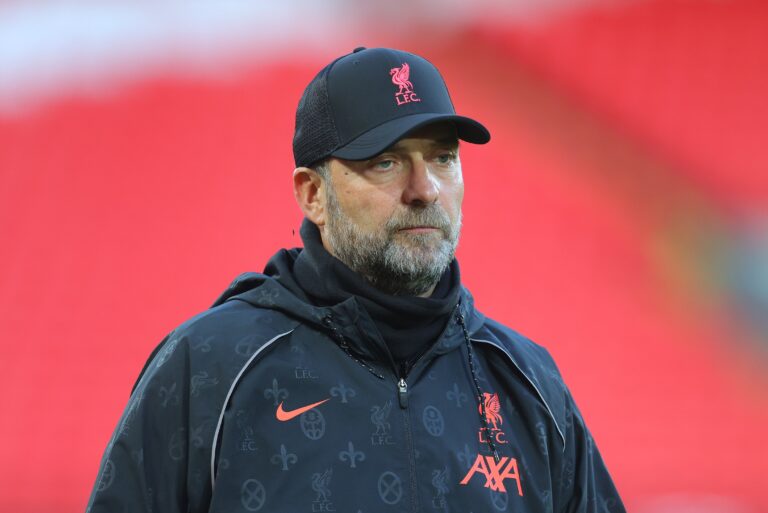 Liverpool manager Jurgen Klopp has argued that fewer games would improve football – and explained his reasons for this stance.

In the past few months and years, it has been noticeable that federations are attempting to introduce more and more games into the calendar.

UEFA confirmed back in April that a new Champions League format would be unveiled in 2024, expanding the number of teams from 32 to 36.

Read: Champions League reforms – what the new format looks like

Teams finishing in ninth to 24th place have to win over a further two games to reach the last 16.

There’s also been the introduction of the Nations League. More recently, plans have been put forward for a biennial World Cup.

After Liverpool’s 2-0 win over Atletico Madrid in the Champions League last night, Klopp spoke out about the number of games on the calendar.

The German raised the point that the game could be improved if managers had more time to train players between matches.

He told CBS Sports: “This game could improve so much if you give us managers time to train with the boys and to give them some rest, then to go again.”

“On a physical side, the game would look completely different. On a technical side, the boys could show how good they really are, and on the tactical side, we could play six systems in one game. We don’t have time to train that.”

Klopp explained that given the heavy scheduling, Liverpool’s players don’t have a huge amount of time to train and spoke about the recovery process between games.

He said: “We actually don’t really train anymore. It’s like, we just recover. The boys that started tonight, they recover until we play West Ham [on Sunday].”

“The boys who didn’t play tonight, they train a little bit of course, that’s clear. But when you play in this rhythm, that’s pretty much impossible to keep them fresh. You just have to fight through.”

How many games will Liverpool play this year?

Between now and the end of the calendar year, Liverpool will play an incredible 13 games in all competitions.

With 57 days left in the year, that is a game just over every four days.