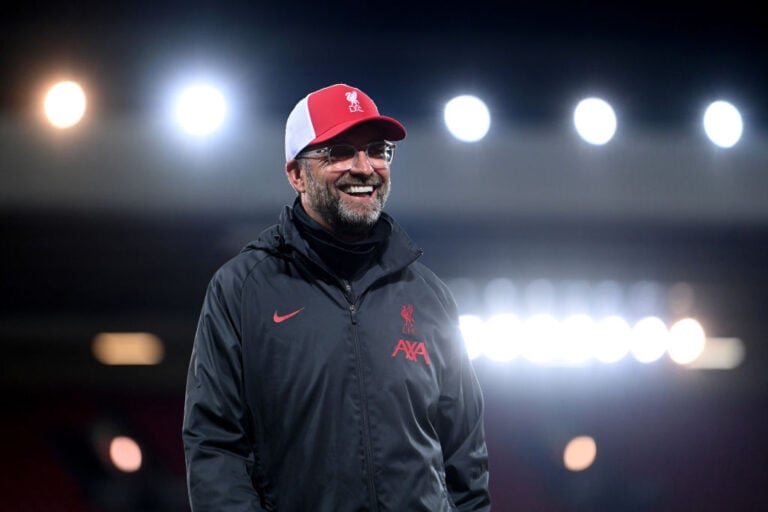 When Liverpool reached the final of the 2022 Champions League final, thousands of supporters flocked to the Stade de France to see the Reds take on Real Madrid.

However, for many fans, the experience before the match was not what they had hoped for.

Horrific scenes emerged of supporters being crammed into narrow passages, and police even sprayed tear gas at some groups.

The kick-off was delayed, with UEFA claiming it was due to supporters arriving at the stadium late. However, this was simply not the case.

Thankfully, the Liverpool fans made their way into the stadium unscathed, and the match kicked off. However, many will remain mentally scarred by the fear they felt that night.

Following that terrifying evening, supporters who were caught up in the Champions League final chaos have been contacted by Liverpool.

The club are offering fans complimentary tickets to make up for the dreadful experience.

One Liverpool supporter posted their email from the club online.

In this email, Liverpool state: “We are acutely aware of how incredibly difficult the experience has been for all supporters who attended the game. The scenes witnessed in and around the Stade de France, before and after kick-off, will live long in the memory for all the wrong reasons.

“We understand that you were accompanied by a child (Under 16), at the UEFA Champions League Final and are therefore contacting you to invite your child and one accompanying adult to the Reds forthcoming pre-season friendly against Strasbourg on Sunday 31st July at Anfield Stadium.”

The supporter accompanied the image with: “Class @LFC. Makes me proud to be a Red. thankyou.”

What has UEFA done in the aftermath?

UEFA has offered compensation to some supporters.

As many as 2,700 fans were denied access to the stadium because of ‘non-activated’ tickets. They have now been refunded.

Despite UEFA issuing an apology to Liverpool and Real Madrid fans, no supporters who managed to get into the stadium have received compensation yet.

Fans have demanded refunds from the organisation, while French police have gathered the complaints of those involved and want to launch an investigation into the fiasco.

Supporters could yet receive some compensation, but it seems like it will take a little more time. Liverpool’s classy gesture sets a great example that UEFA should follow.